In 2008 I asked Anthony to make me a number of pictures of my people in slice of life pictures doing normal things I could use with skill descriptions in the rulebook. I got a lot of response to the artwork when I used it recently. Here’s how it came to be. I sent 5 possible image descriptions and we went with the first one.

So he sends me this 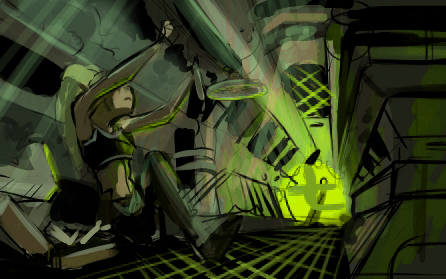 Now Anthony is thinking he’s working on the generic Marine chick from the Space Elf gallery, but doesn’t have the original in his archives anymore and so he just starts tinkering. 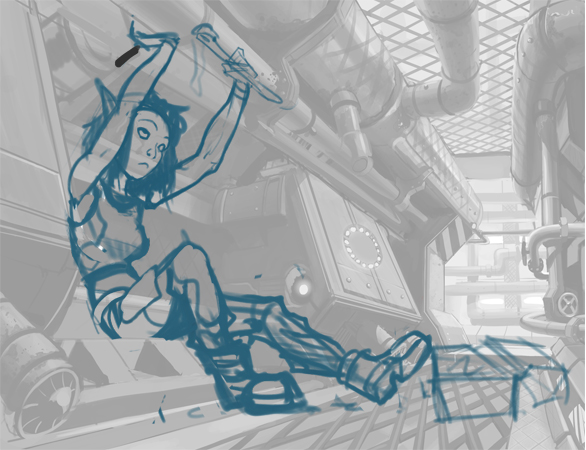 You might notice that the bulkhead and her ribs are overlapping, it’s important to get the anatomy correct even if you’re going to cover it up later. At this point it was decided that we were going to add a few years onto our Cabin Girl and show her a little more grown up. This was 2008, I didn’t see Dark Matter in the comics and any resemblance to Jodelle Ferland playing 5 on Dark Matter in 2015 is purely coincidental. The background image was submitted at the same time. I may keep this one around for creepy Romero zombie purposes. 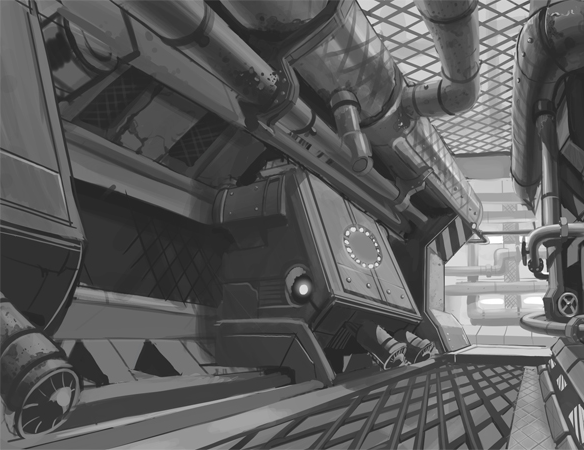 So I tell Anthony “go forth and do great things” and this is what comes back. 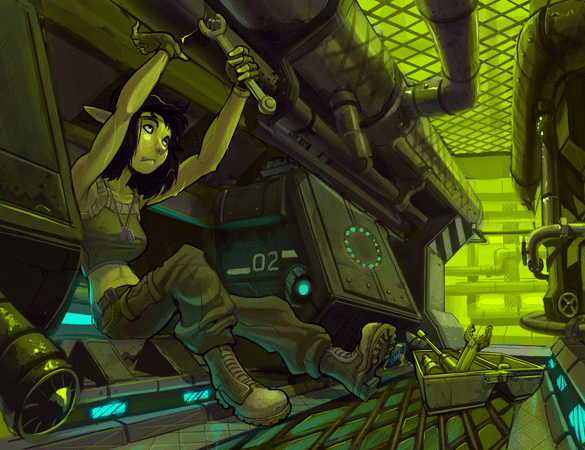 I hope you enjoyed this peek behind the scenes.