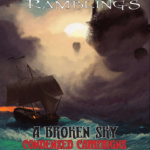 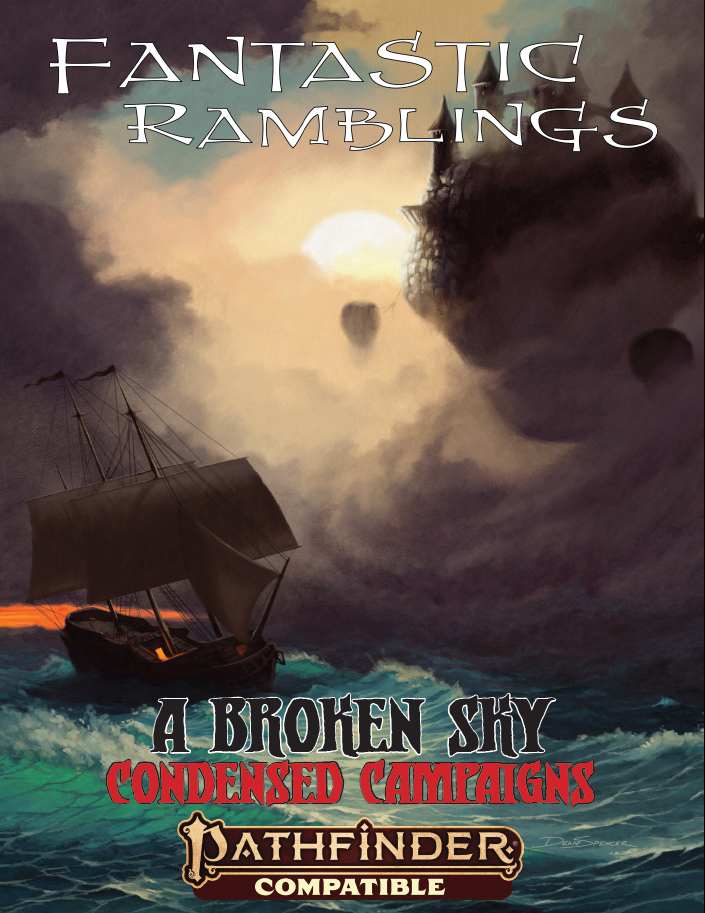 In the remnants of a broken clockwork world, an ancient evil approaches. Threatening to drown the world in an endless, frozen night, the Nightfall Lords return to finish the job they began centuries ago. You and your allies must convince the cities of the Seven Shards to meet the threat head on, or all is lost. Strap on your buzz wings, take up the fight against the hidden agents of the Nightfall Lords, and prepare to take flight as you fight to defend your home among A Broken Sky!

This Condensed Campaigns product contains all of the basic elements a GM and players need to make the world of A Broken Sky their own, including…

… a “choose your own” option system, enabling GM’s to customize their campaigns to suit their group

Designed from the ground up to be compatible with the Pathfinder Second Edition rpg, the Condensed Campaigns series provides you with everything you need to build a fully developed campaign. Whether you’re new to the game, or an experienced veteran, we’ve made sure that there’s something here for you!

When you get A Broken Sky for Pathfinder 2e, you get more than just 4 new ancestries, some new items, & a cool map. You get an entire campaign world, and the tools to make it your own. 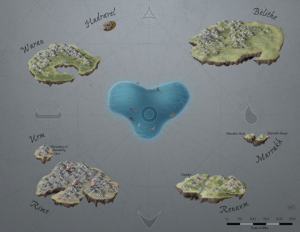 A bit about the new ancestries in A Broken Sky;

The Avalar were the first of the Created, given Connection to Air by the Maker Gods. Timeless and ageless, they were supposed to live forever as eternal guardians and custodians of The Great Work. The Shattering changed all of that.

After the Avalar came the Chardram, given their name from the Maker word for “spark.” Of all the Created, they are the most driven, the most passionate. They burn very brightly during their short lives, and fill the Connection to Fire.

Third of the Created are the Knomoi, which is the Maker word for “clay.” As they age, they choose their Shaping, marking them as Bright, Calm, or Dark. This choice will mold their pursuits, their attitudes, even their abilities, as they grow.

The Undyn were the fourth of the Created, and given Connection to Water. Of all of the Created, the Undyn are the most fluid. With their Ritual Of The Self, they can change their role in society, their shape, and their very self.

Fifth of the Created, Humanity was given Connection to Spirit, and tasked by the Maker Gods with the unification of the other four. Humans bear within them an innate understanding of Maker artifacts – a key to fighting the coming Nightfall.