This is a Katar Fast Attack Vessel, they are used all over Katar space in Interceoptor roles with System Defense, and as the Tip of the Spear on Strike Missions. The Fast Attack Vessel bears an array of recessed Particle Beam cannons under the prow of the ship near the Torpedo bays. It also has ten large missile launch tubes. The Fast Attack uses Two Gravitic Induction Engines imported from the Attenar worlds. 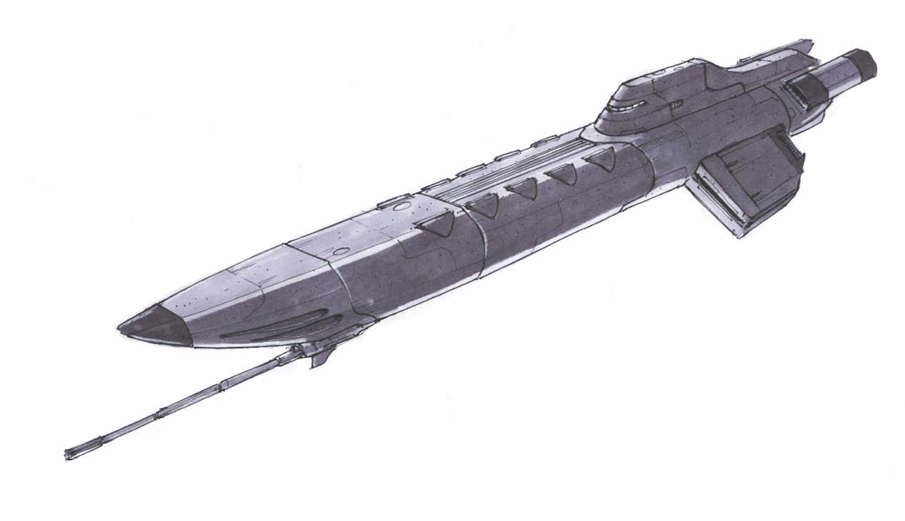 This is the Katar Fleet’s Heavy Cruiser, a well-armed craft with a moderate crew compliment. It is used to command large Convoy Escorts, the Heavy Cruiser is the smallest fleet command vessel in the Armada. The Heavy Cruiser sports twin Particle Beams in recessed locations above the Torpedo Launch tubes, Twin Particle Beam Turrets on the sides. The Cruiser comes equipped with sixteen Multi-Launch Missile tubes. Like other Katar Fleet ships, the configuration of the Missile Tubes is altered for the mission. The Heavy Cruiser uses one standardized Attenar Gravitic Induction Engine.

The Heavy Cruiser has a slightly more spacious bridge than the Light Cruiser, even though the bridge for those two ships and the Fast Attack are all manufactured to quickly attach to a standard diameter hull.. 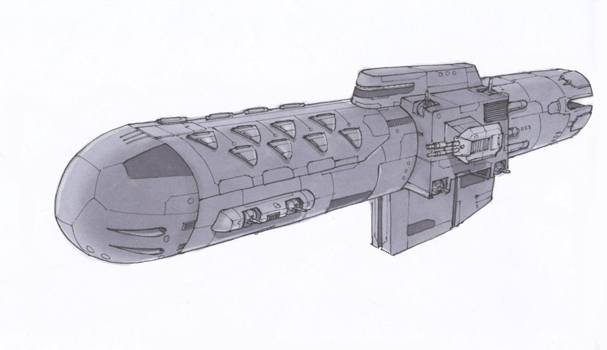 This is the Katar Fleet’s Light Cruiser, a lightly armed craft with a small crew compliment. It is used for Convoy Escort duties, the Light Cruiser is the standard Long Range Patrol craft of the Armada. The Light Cruiser sports twin Particle Beams in recessed locations above the Torpedo Launch tubes. This Cruiser only comes equipped with eight Multi-Launch Missile tubes. Like other Katar Fleet ships, the configuration of the Missile Tubes is altered for the mission. This Light Cruiser uses one standardized Attenar Gravitic Induction Engine. 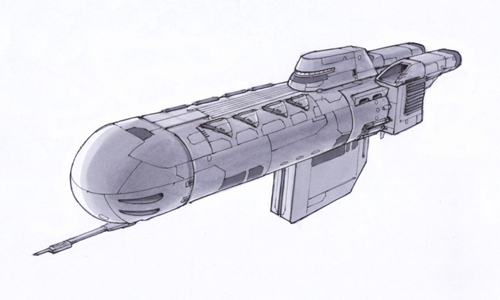 This side of the Pirate’s bridge got ravaged by particle beams and spalling from the Cerametal armor tore through the electronics. The Tac officer was able to get replacement parts from a Katar shipyard, but they don’t look anything like the Eldred originals. They look like they came off one of the standardized Katar Cruiser Bridges.