Welcome to the Space Cruiser gallery. The images here are from an upcoming game suplement about Space Pirates.

This is an Eldred Armada Heavy Cruiser, they are used all over Eldred space for a show of force might be necessary, but where too much force might be provoke the enemy. They are also used in to guard convorys of trade ships in the heaviest areas of pirate activity. The Heavy Cruiser sports twin Particle Beams in each Turret, and fixed forward Heavy Rail Cannon everywhere else. The Heavy Cruiser uses Gravitic Induction Engines. 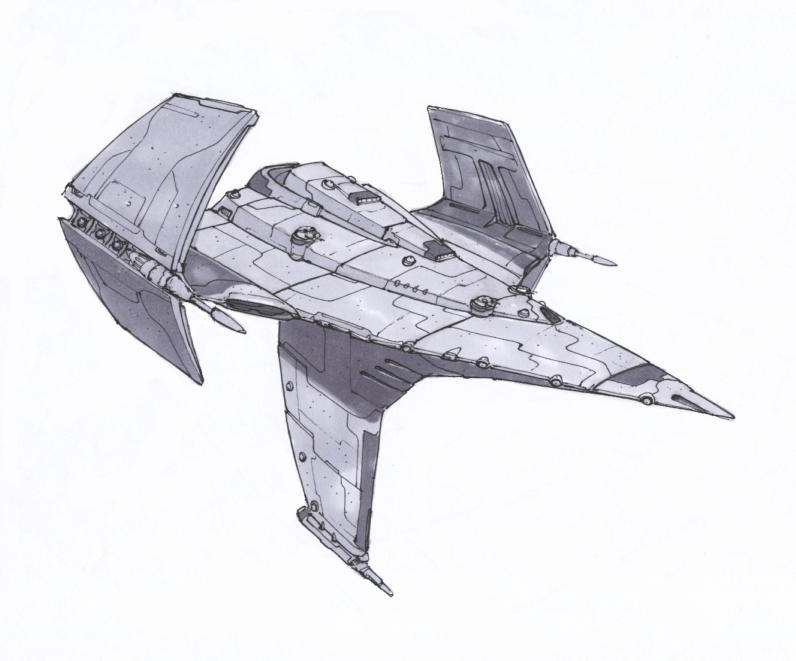 The Heavy Cruiser has a more spacious bridge than the Lighter Cruisers. Notice the difference between a ship of the Armada and the ill kept Pirate Freighters further down. 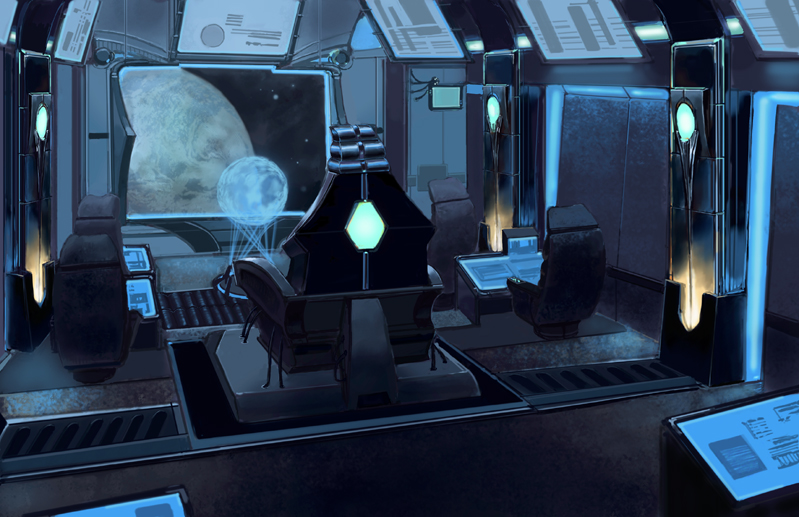 This is the Eldred Armada’s Light Cruiser, a lighter armed craft with a much smaller crew compliment. Still used for Convoy Escort duties, the Light Cruiser is the standard Long Range Patrol craft of the Armada. The Light Cruiser sports twin Particle Beams in each Turret, and fixed forward Heavy Rail Cannon everywhere else. This Light Cruiser uses the newer Gravitic Induction Engines. 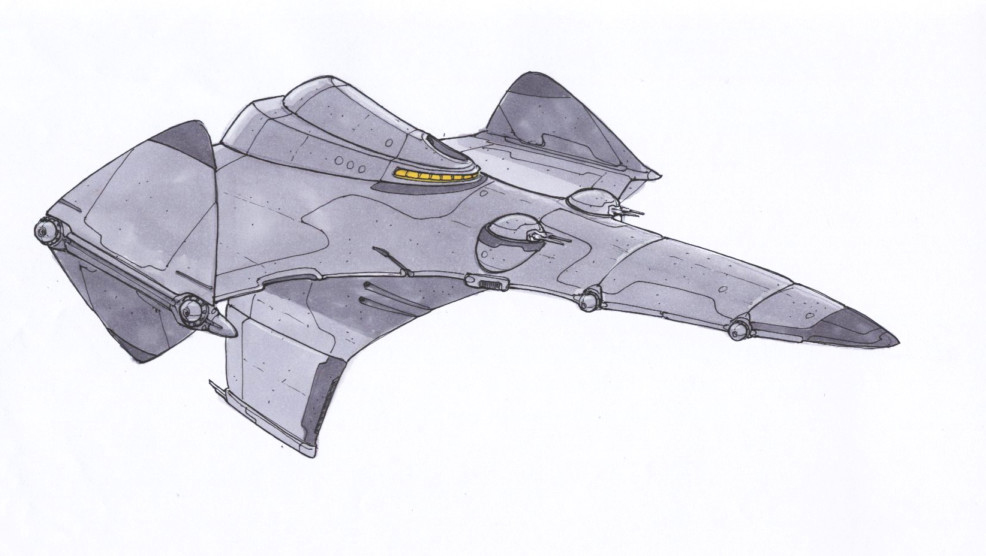 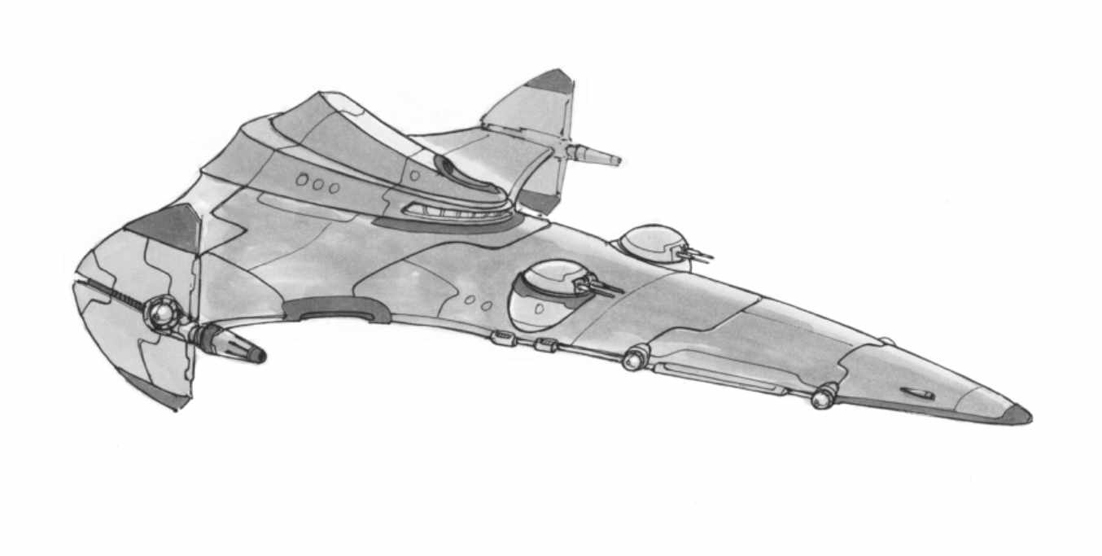 This is a Modified Intermediate Light Cruiser, though it still sports the twin Turreted Particle Beams, she mounts a fearsome array of Rapid-Fire Heavy Plasma Cannons. There are other modifications, but if anyone knows what they are, they aren’t talking. This Light Cruiser still uses the original Gravitic Induction Engines.

This is the Classic Light Cruiser, it was the last Light Cruiser to use Particle Acceleration Drives and Fuel Scoops. It sports a single Particle Beam in each Turret, and fixed forward Heavy Rail Cannon everywhere else. While the Classic was retired from service with the Armada many years ago, a number of these ships have turned up in the hands of Colony System Defense Forces, Privateers and Pirates. 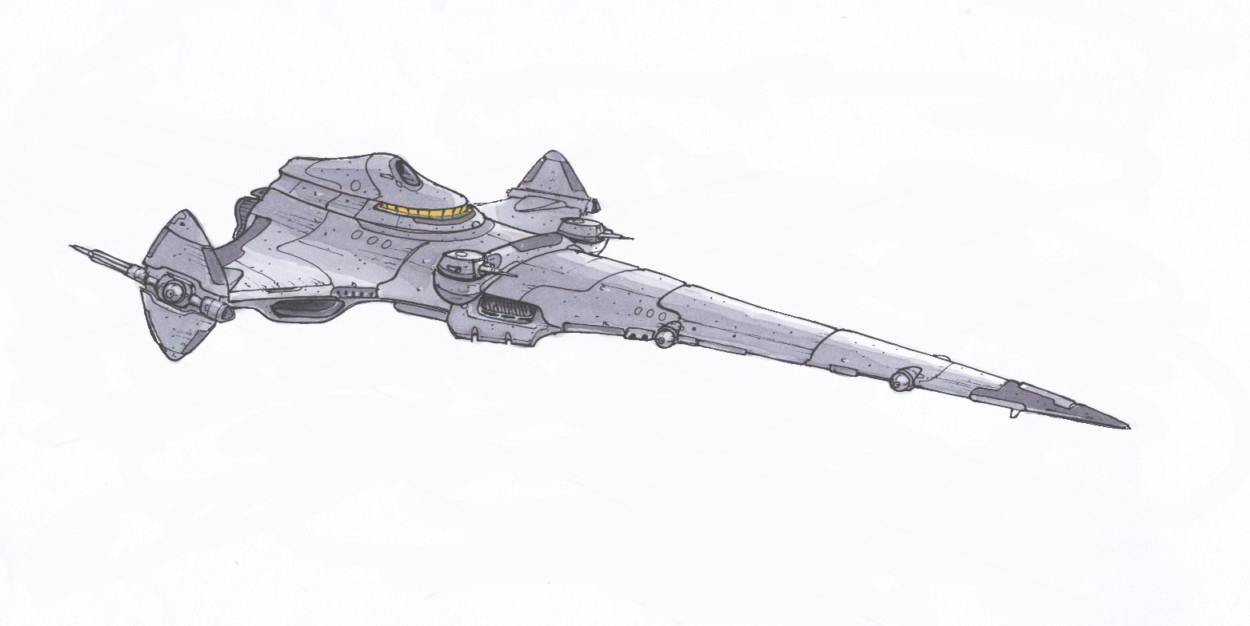 This Eldred Pirate rose from the ranks of a crewman on an Armada vessel, the Cruiser he served on wasattacked by Pirates and boarded. The surviving crew were offered the opportunity to sign the articles and join the crew of a pirate ship, or become prisoners. He signed rather than be taken prisoner, he did his job and bid his time to run away at the next spaceport. Only when an Armada Patrol attack and the Captain died, the remaining crew split up, as one of the few trained Navigators he ended up Captaining one of the splinter crews. He’s been on the account ever since. The image of the bridge below is of a relatively intact Eldred Ship’s bridge that’s been in Pirate hands too long.

This side of the bridge got ravaged by particle beams, and spalling from the Cerametal armor tore through the electronics. The Tac officer was able to get replacement parts from a Katar shipyard, but they don’t look anything like the originals.