Welcome to the Space Elf Pirate gallery. The images here are from an
upcoming game supplement about Spacefaring Pirates.

Here is a Indigo Jack, the first Space Elf, AND first Pirate I asked
Anthony to do. It wasn’t exactly what I expected, but I couldn’t let go of
him, and thus Pirate-Punk was born. 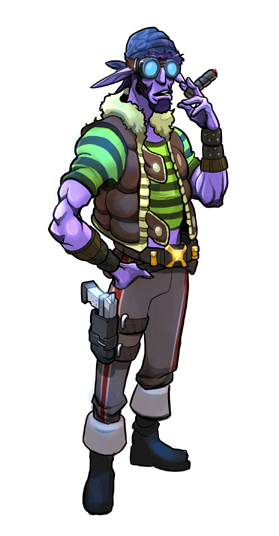 Here is Blondie, the ship’s Pilot and Navigator. He’s actually more what I
was looking for when we came up with Jack. 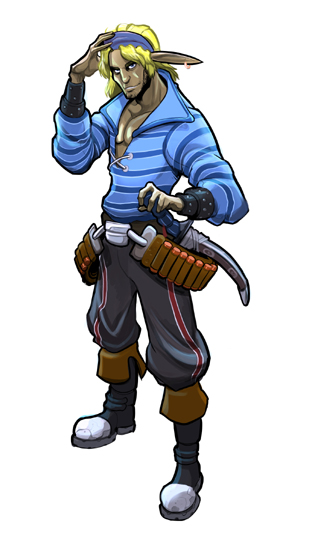 This is the Cabin Girl, technician in training, does all the scut work on
the ship, and all around packrat. She was one of the last characters I
described, but she was the second one to really get finished. 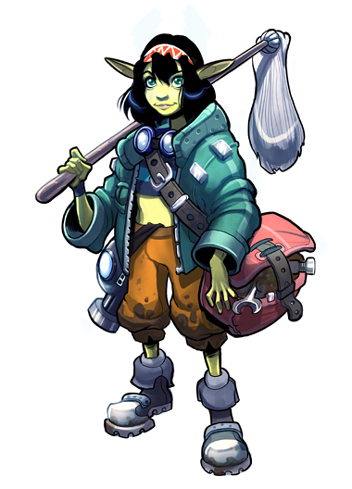 This is Rarrrg, he was a Katar Marine, specialized in Breaching Manuevers
and Boarding ships. His skills come in handy when people don’t cooperate. 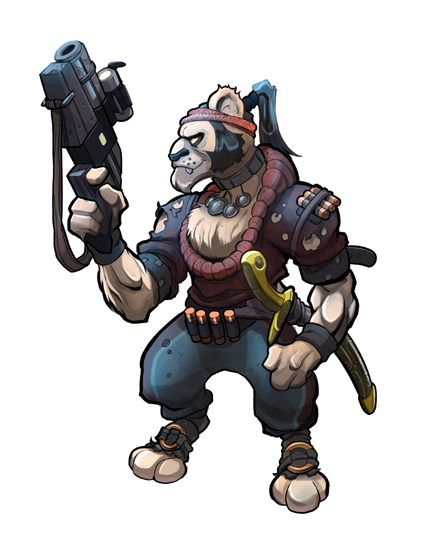 This the ship’s Captain, he used to be a Captain in the Armada, then he
lost an arm in service, and was tossed out as unfit for duty. He’s started
his own retirement plan since then. 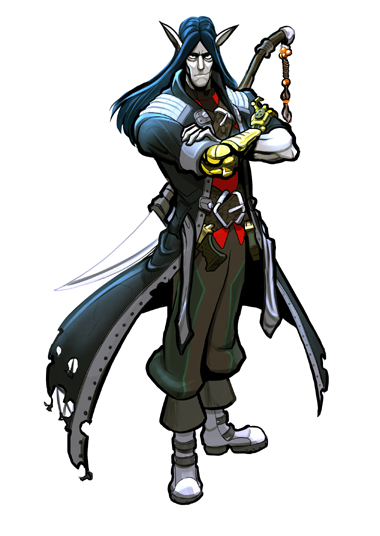 The Techie and the Medic. 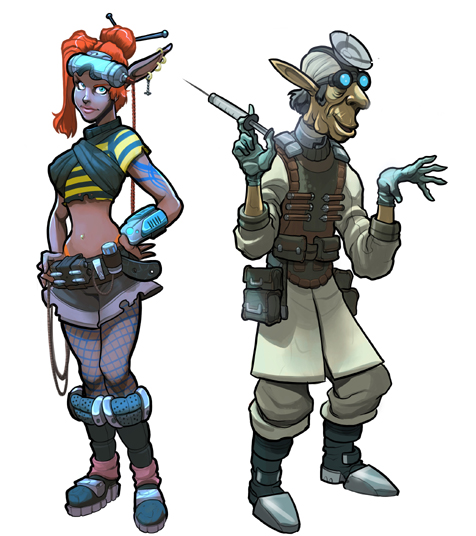 Aside from Pirates the Eldred Space Armada is known to produce many fine
Officers, and countless middling Free-Traders. This is one of the Armada’s
Captains, equally adept with a pistol or a sword. The Captain’s yellow skin
denotes he’s spent his entire life in space, and never known a home world. 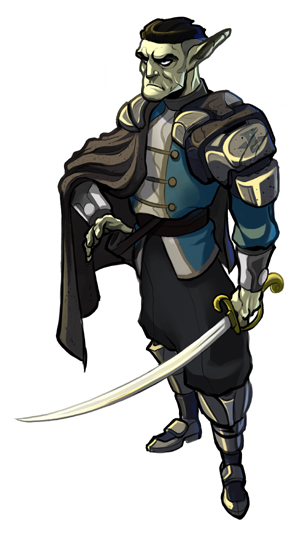 This Commander is another fine officer in the Eldred Armada. Taken from
scores of worthy candidates from the Colony Worlds, he has distinguished
himself at the Academy as well as on the Deuling Grounds. 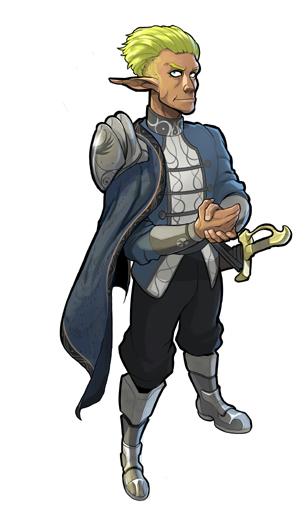 The Eldred people believe in compulsory military service, this four year
term is what provides the Armada with able bodied crews, and the galax with
so many veterans turned Miner, Trader or Pirate. The crewman pictured below
might be called upon to repel a boarding party, fight a fire, clean the
filters on an air scrubber, serve a meal, or clean the sludge out of the
waste reclamation system 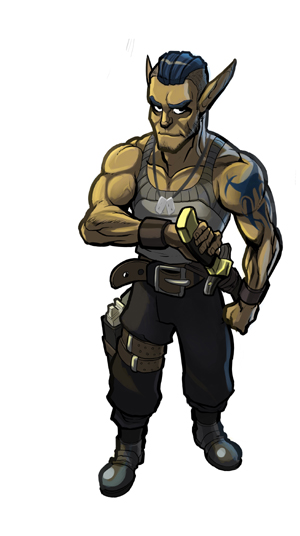 Compulsory service isn’t just for the lads, here is a fine member of the
Eldred Armada, ready for anything. 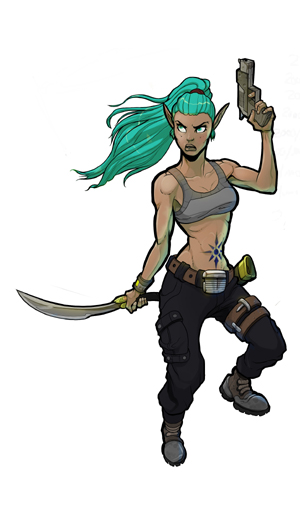 Here is another Eldred Space Pirate, she used to be with the Armada, but
cashed out at the end of her compulsory service despite what could have been
a promising career. 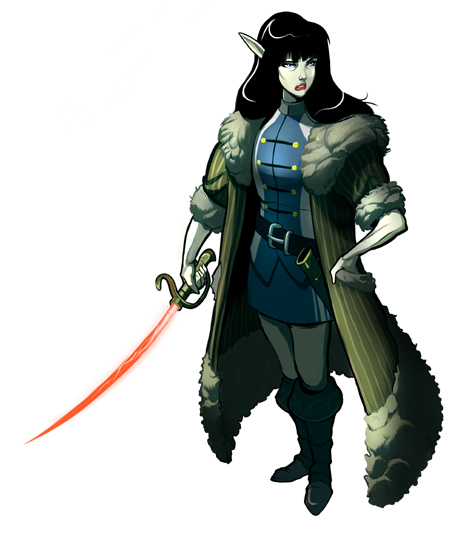 Here is out lovely Captain showing off a vacc suit that uses mechanical
counterpressure instead or pressurized gasses. It allows for more mobility in
combat than more traditional vacc suits. 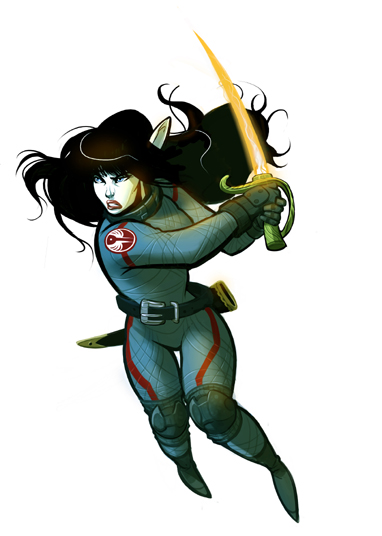 Our Captain is fond of boarding actions, quick and decisive ones. To that end she’s recruited some Earthers that are big by Galactic standards, huge for Eldred, and nearly as strong as a Katar Marine. This guy favors his Energy Axe as an aid to breaching actions, sometimes shaped charges don’t cut everything as clean as he might like. 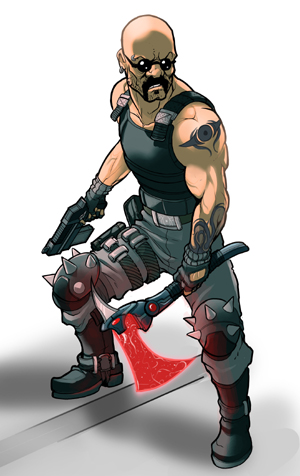 Our second Boarding Action specialist favors quick tight groups of shot, and lots of them. His Tri-Barrel submachinegun isn’t likely to pierce a bulkhead, but it’ll back down any wannabe heroes. 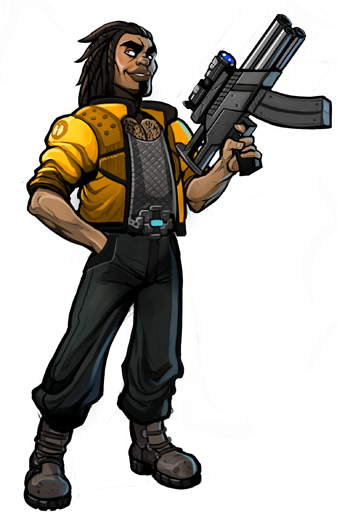 Our third Boarding Specialist carries a pistol, and Grapple Launcher. Its no good boarding a Prize Ship if you can’t get the cargo back across, that’s where the Grapple Launcher and Military Grade Zip line come in handy. 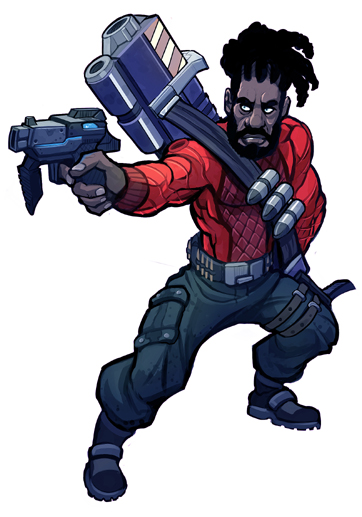 The Captain left the Eldred Armada with an surplus Cruiser and took up trading as a Merchant Captain, her blue skinned Engineer has been with her at least that long. 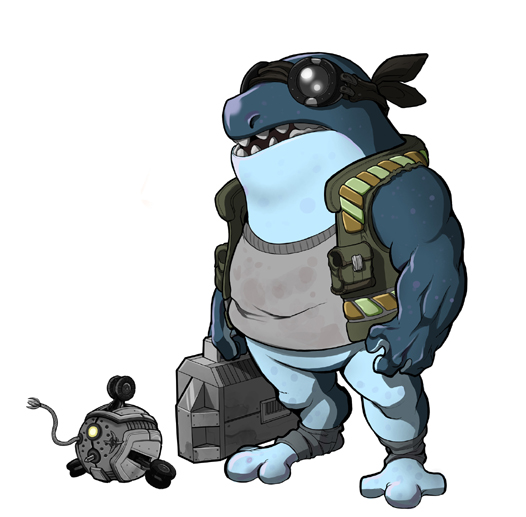 A little break while waiting for some custom software to insinuate itself into a target’s computer. 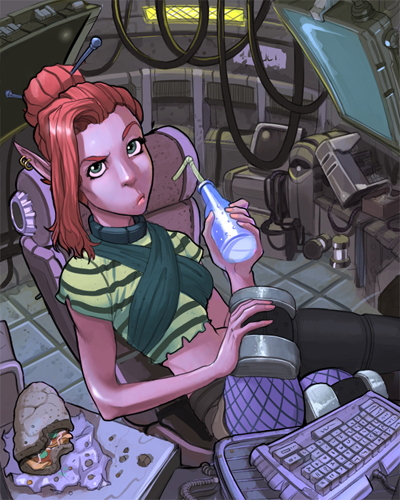 The Captain takes some time to investigate a wreck 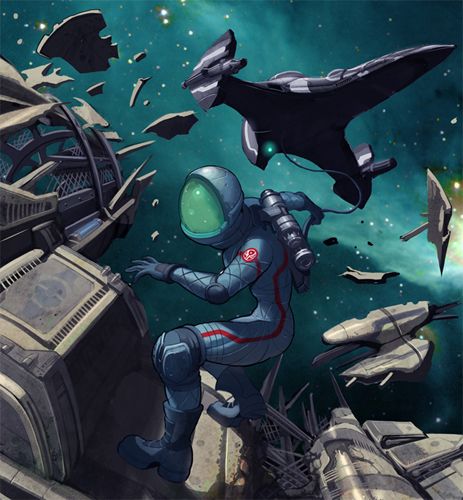 The Tech and the Kat man up to no good. 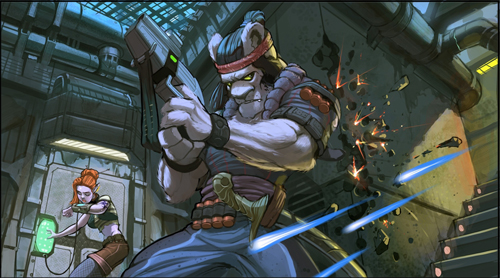