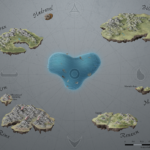 Jim wrote some thoughts on Twitter yesterday and today I’ve put them here for your convenience. 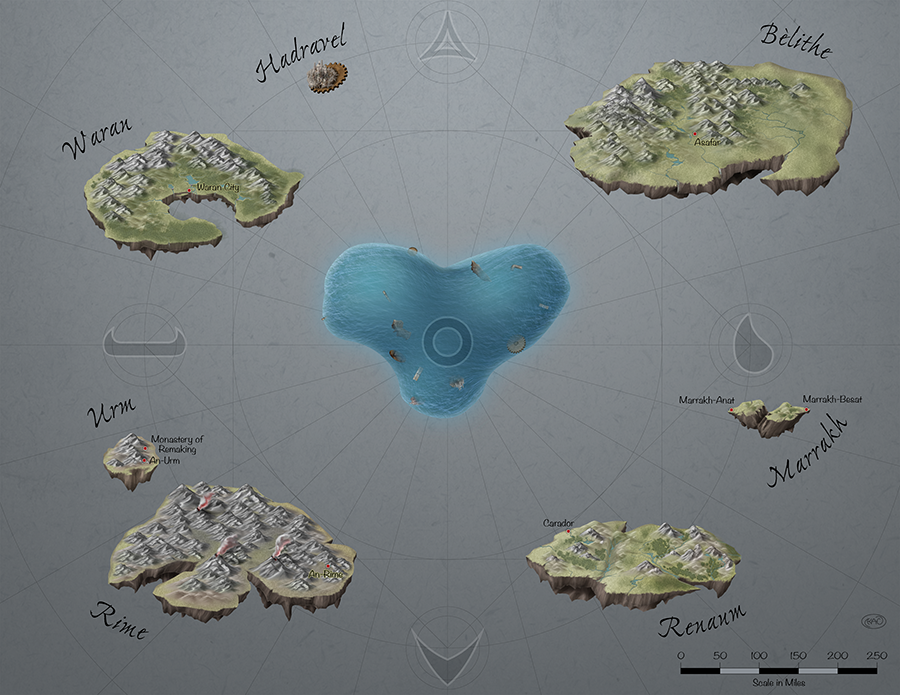 So, if “A Broken Sky” for Pathfinder Second Edition, takes place on a chain of islands orbiting around a massive, free-floating sea which itself soars in an endless sky, how do people get around? I’m glad you asked!

The most common method of getting between islands is the Skyship – which are exactly what they sound like on the tin! These are sailing vessels, fueled by alchemy and magic, that ply the winds between the Seven Shards as merchants, fishermen, and pirates! (especially pirates!)

Skyships run the range from smallish skiffs all the way up to immense eel-fishing vessels, the kind that make their trade in daring the untamed, chaotic surface of the Shard Sea to hook and land the massive, toothsome eels that live in the Shard Sea’s depths.

Skyships aren’t cheap, however, and neither are their furnaces. Only the most well-off merchant concerns or actual navies ever field the largest of these vessels. Most communities have one, perhaps two, smaller Skyships – these are valuable resources to be looked after.

Some brave souls use balloons or other forms of “sail” to get from one island to the next, but this puts you at the mercy of the winds, and you may get swept out, away from the Seven Shards, never to be seen again! (how’s THAT for adventure bait?)

But say you don’t want to get kidnapped by pirates or eaten by a Roc or attacked by a pack of Wyverns? What then? A Broken Sky features remnant technology, left by the Maker Gods before they vanished, that allows for (near) instant travel – The Temples and their Sky Paths.

With the right alignment, and the proper calibration of the multi-ringed Gate Keys that rest in the center of each Temple, characters in A Broken Sky can open a Sky Path between two Temples. Step through the opening, and 30 seconds later, you’re in the other Temple!

Only a few Sky Paths can be opened each day by a single Temple, however, and only a few people can go through at a time – so Temple travel, while safer than Skyship travel – isn’t something anyone can do whenever they feel like it. There is no commute to work in the Seven Shards.

As well, the Nightfall Lords that now threaten the Shard Sea long ago learned how to take over Temples from afar, and used the Sky Paths to put their forces into the heart of every city in the Seven Shards. The Sky Paths, while useful, are also a double-edged sword.

A Broken Sky is available from DriveThruRPG and Paizo.com