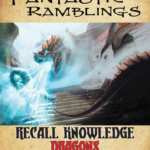 For as long as I’ve been running Pathfinder, my players have used Monster Knowledge checks, only now with Pathfinder 2e, not only can they critically succeed, they can also critically fail.

In that regard, I want to tell you about my latest “failure.” 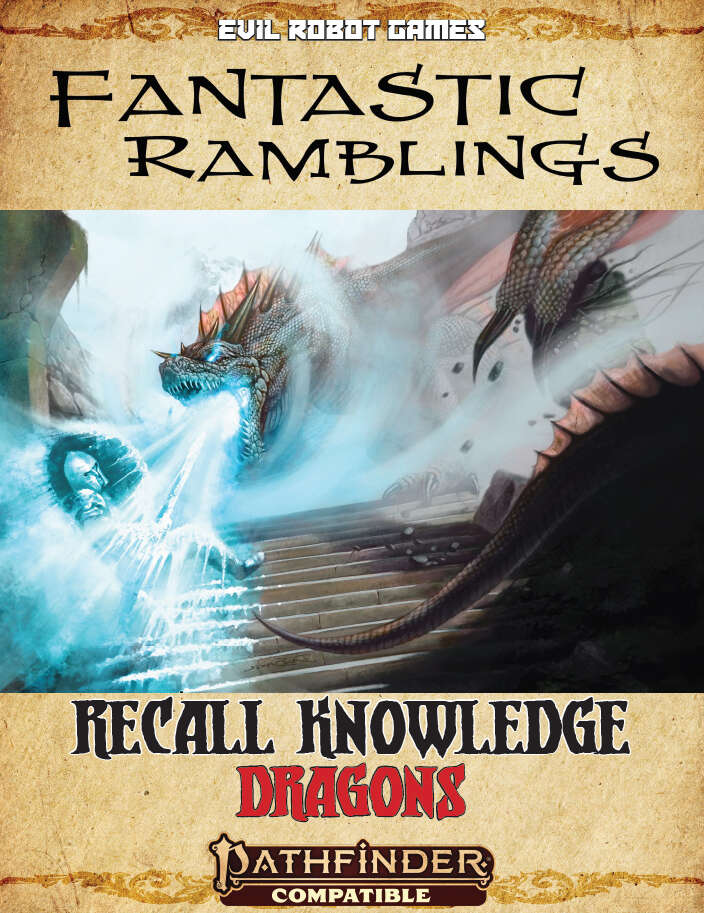 If you have ever seen our Starfinder starships or monsters, you know we support players rolling lore on things. So when PF2e came out, it was a sure bet we were going to do monster lore, it’s a thing I use at my home table, and I didn’t get the feeling anyone else in the 3PP world was working on it. When I checked the rules, it was different; even in the playtest, there were changes.

Pathfinder went from a Pass/Fail skill system to a degree-of -success system. You might recognize changes from systems like Dungeon World where instead of successful rolls being interesting and failure is just a wasted round, they try to make the failures interesting too. We’ve had degree-of-success systems for a long time. Marvel Superheroes stands out in my mind along with Gamma World, they had better shades of hit and critical success, but also, you miss try again next turn failures.

Anyways on a Recall Knowledge check, you can Crit Succeed, Succeed, Fail and Critically Fail.

Try to Recall Knowledge; if you succeed, the GM tells you how the monster works, but what if you fail… hard?

The GM makes something up, something plausible and not obviously fake, on the spot. As if learning the new rules wasn’t hard enough.

We tried to include things from real mythology and fantasy lore that sounds right in order to make the crit fails more plausible. We’ve also done one for Fiends, and we hope you like them.

So how does it work

Once you have the DC, you need to check against the creature and if you succeed, you get the name, creature type and their most well known trait such as a Troll’s regeneration. If you get better than that you get to know what their special ability is such as their reaction like an attack of opportunity. If you get more than that you can learn about their attacks, defenses and weaknesses. In society play and online I hear about players using the question method, they ask the GM for what are it’s weaknesses.

This unofficial but normal use fo the rules presents an issue where I need to organize the monster’s true lore and false statements to all have:

If a player shouldn’t know the difference then their first roll, or followup might need different bits of true and false information at any time. Bards have abilities that let them make 6 recall knowledge checks in a round, if they only fail on the last one, or the GM lets them keep all 6 results because they are simultaneous and thus temporarily ignore then no further checks rule we should have 5 bits of knowledge for every creature. The low CR creatures don’t have 6 important details, I’m not even kidding. Thankfully the Bard doesn’t get that ability until higher levels.

Lets look at the True Knowledge

Notice they don’t have any mechanical weaknesses, not all monsters do. We’ll need a few good statements for the GM that isn’t you don’t remember any weaknesses or resistances but that carry the same overtones as you don’t see any traps vs there are no traps.

What else is there?

I’m going to want a bunch of erroneous mechanical sounding lore for different creature types that allow the GM to roll randomly. Gargantuan or larger creatures probably have swallow whole. Undead are vulnerable to sunlight and fire, if it’s evil get an axe. All of those sound mechanically possible and according to some lore are true, this is the part where the lies have to be plausible. Players shouldn’t be able to just tell the lies from the truths right off the bat.