In 2016 we were playing Skull and Shackles with my Saturday night home group. Here are the map tiles laid out as they would appear from the Paizo PDF. 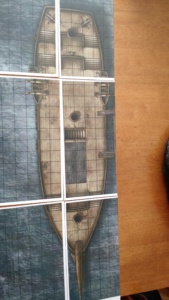 Trim away the white boarder until only the grid squares are showing and will just touch. Strick two sided tape to the back of the tile at the edges just like in the sci-fi map. Press down the tiles onto a Foam core board. 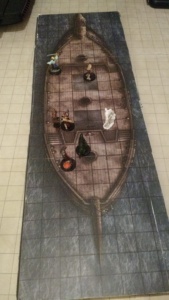 The Wyrmwood from actual play with the tail facing the camera. 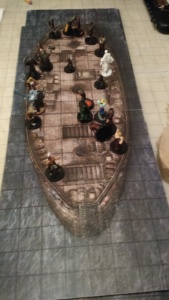 This image is the lower deck from actual play a few nights after I made up the boards. The two boards used were supposed to be different decks of the same ships, but we used them just as often as two different ships for ship to ship boarding actions. 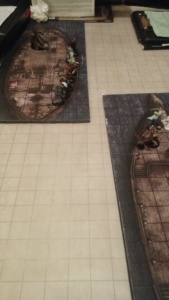 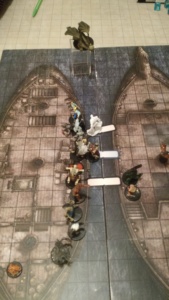 The same ships have been logged around by the GM in a canvas bag for 3 years now and used on many Saturday nights. As you can see the corners a re a little worse for wear, but the maps are still playable after a lot of use. 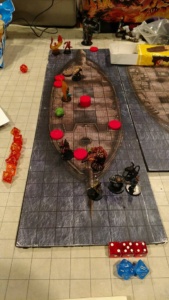 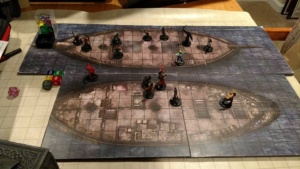