Yesterday I opened my Tech Terrain from Paizo and printed out the deckplans of our Terran Frigate at Staples on their plotter. I’m going to showcase everything on the glossy map I printed in sections on my laser printer.

Paizo’s new Tech Terrain are like their previous pawn sets cut out of 2mm thick board. Depending on the pawn you can use them as a horizontal or vertical pawn or lay them down as a tile. There were a lot of things I liked in the package barbed wire, electric fence, wall of fire, wall of force, big airlock doors, floor hatches, computer terminals, dead bodies, bunks, tech workstations, vending machines, video games, fountains, plants, statues, holograms, a lot of neat things for your Starfinder or Star Wars game. 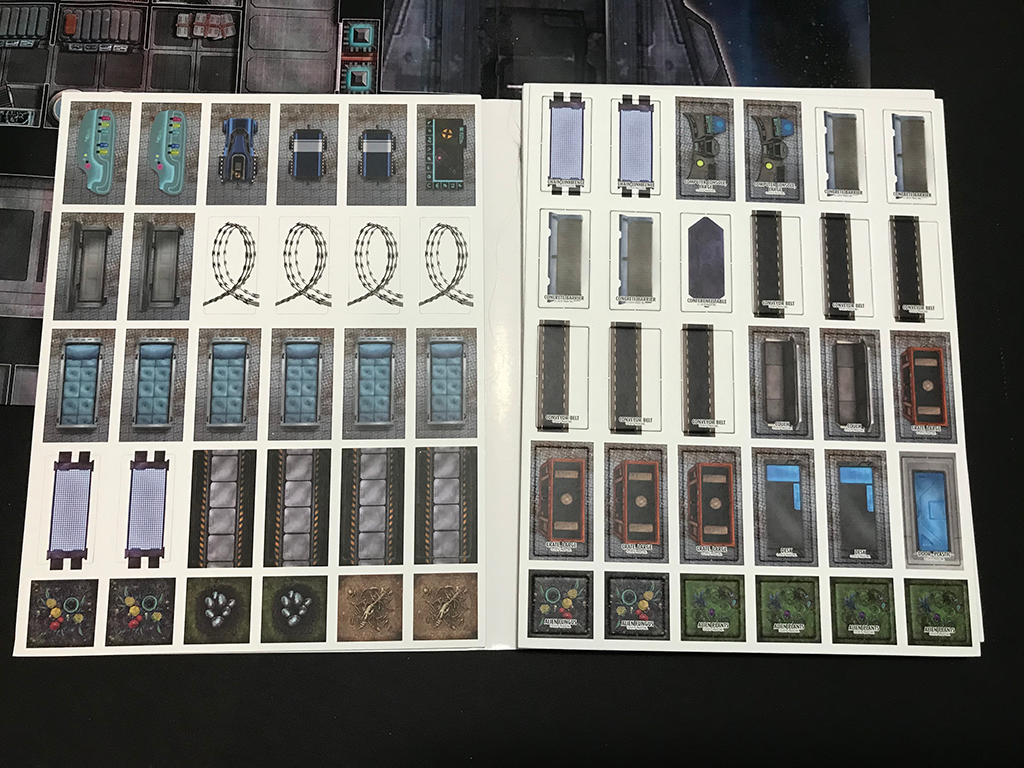 Catwalks, barbed wire, electric fences, concrete barriers, I expect you would use all the fences sideways in a wide base like a wall, in the case of the concrete barrier, a wall that provides cover. 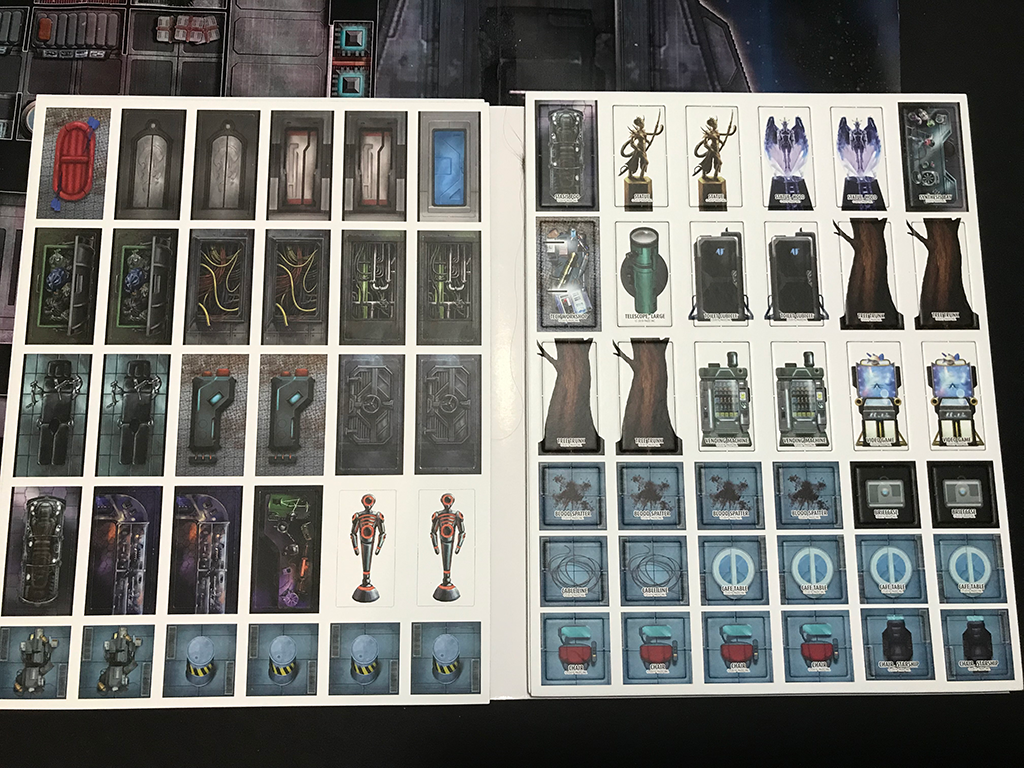 The doors, video games, vending machines, barrels, computer terminals, should all stand upright like pawns, but the workstations and bars should probably lay flat like tiles. Jesper is you’re reading this the terrain set comes with 2 Stasis Pods. 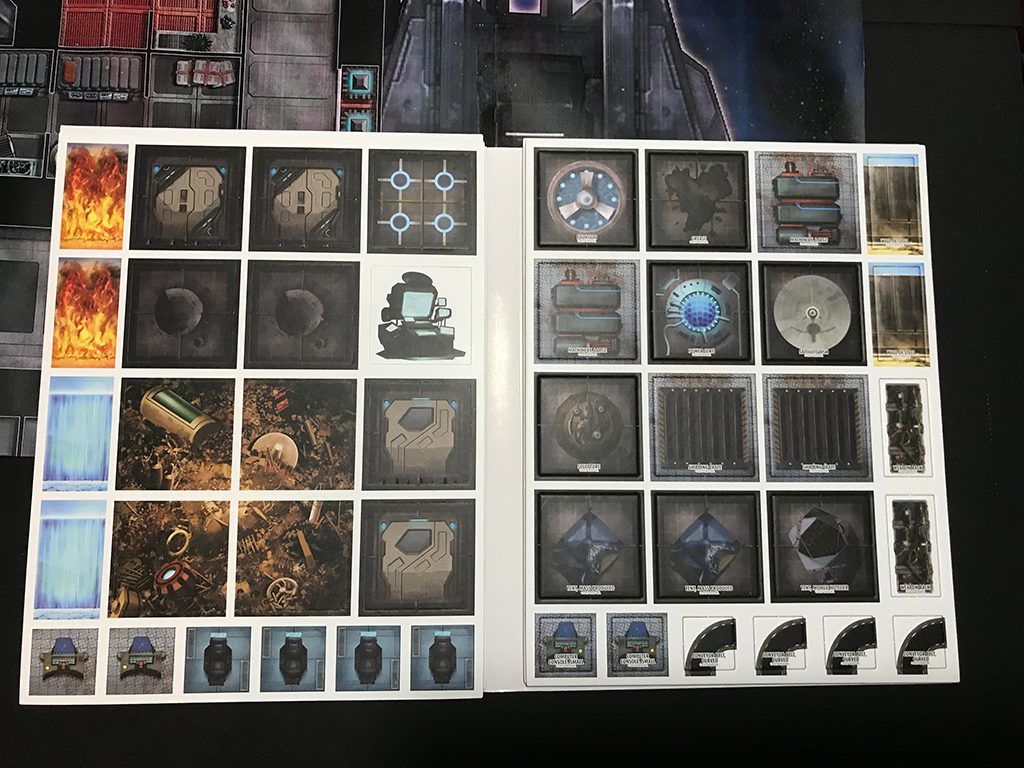 Airlock doors, junk piles, craters, walls of fire and force, comm terminals, airlocks, double doors, fountains, grease, machinery, power cores, shipping crates, tents, weapon racks. The rack and the walls could just as easily lay sideways. The grease, craters, fountain and power core probably lay flat like tiles.  For the satellite dish and shipping crates there are more 3D options, but the benefit of the tiles here is it all packs up flat when you’re done. 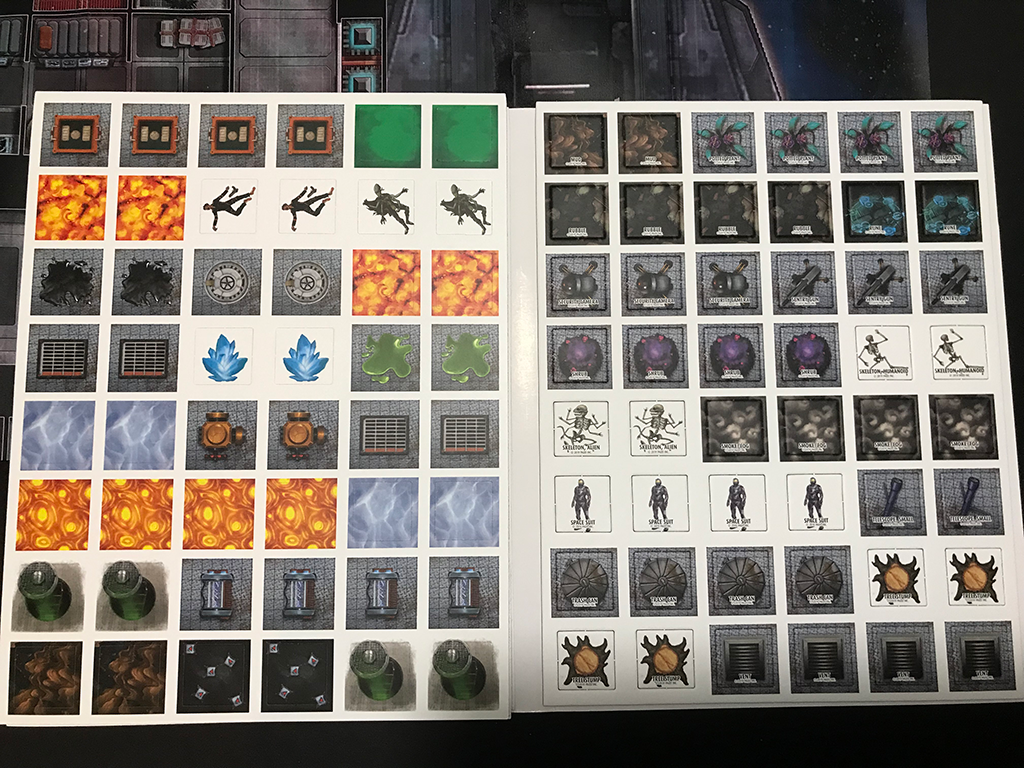 Below you see some troopers running around on our Terran Frigate map using Paizo’s airlock tile, airlock doors and double doors with standard pawn bases. 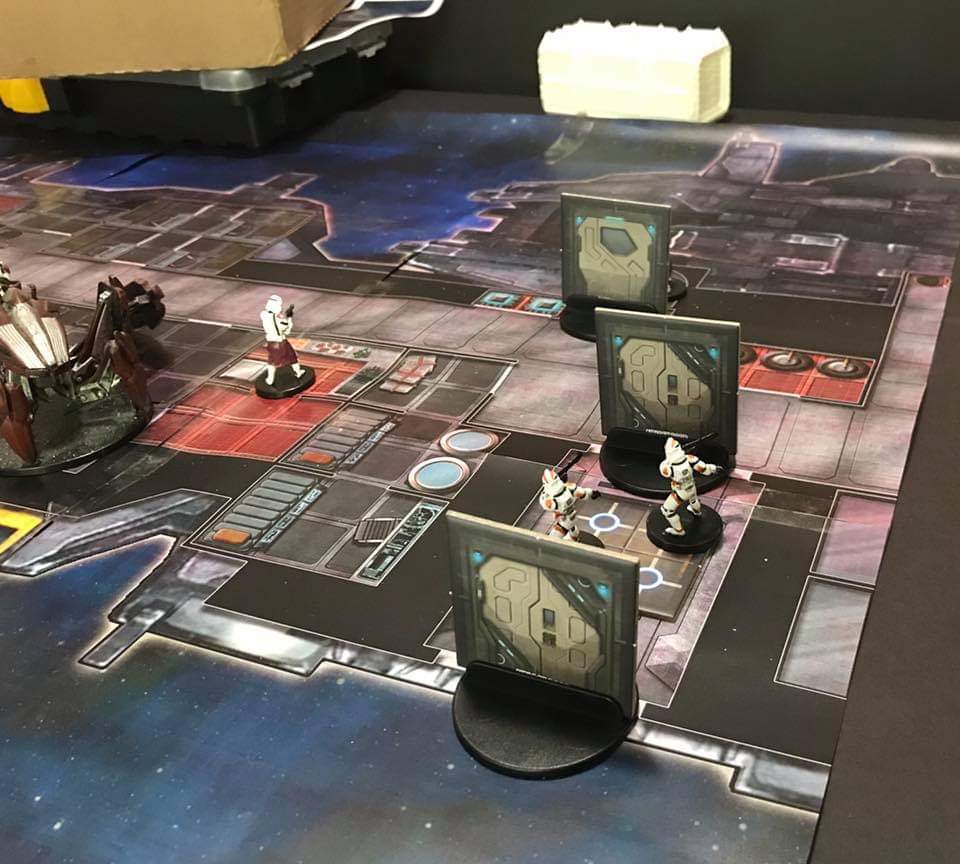 Doors and corners that’s where they get you.

After playing around with the airlock and double doors I really wanted a pawn base that didn’t take up a full space like the Paizo bases do. So I grabbed a door tile, a pawn base and the calipers, then went over to Tinkercad and built one. There were two attempts, the first one (middle below) had an alignment issue and the base was messy. With a 2mm deep groove it held the pawn perfectly well. You might notice the uprights on the Paizo pawn bases are deeper than 2mm and often cover up the name of the pawn. With the second attempt I made a deeper groove and put in a 20mm wide notch across the front center that should leave the pawn title uncovered. 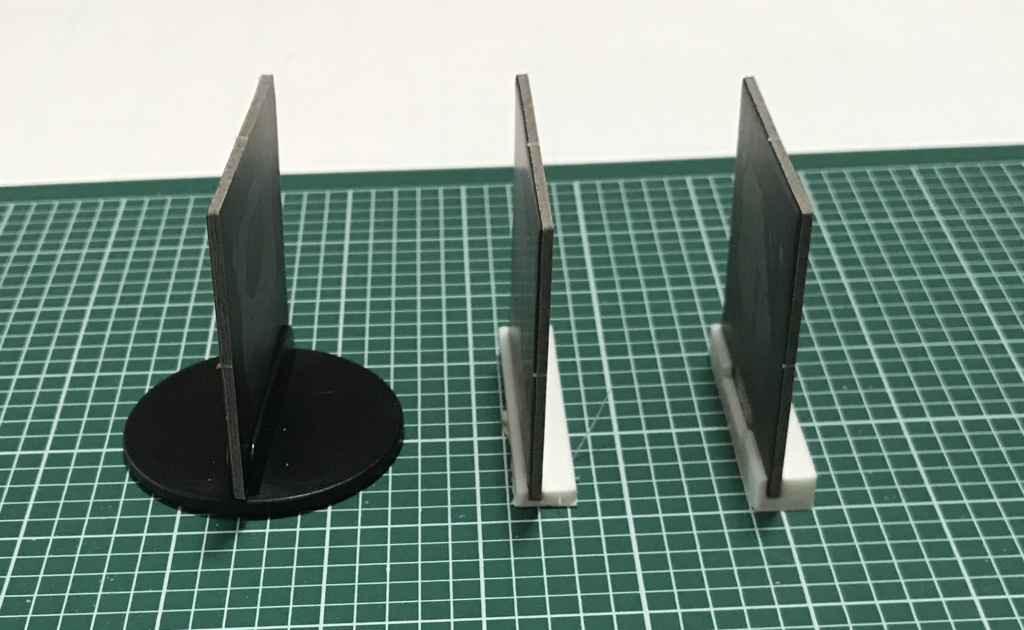 The second attempt (right) is 50mm wide, 10mm deep, 5mm high with a small notch in the front groove to see the title of the pawn. Base was printed in PLA on a DAGOMA NEVA Delta 3D printer. 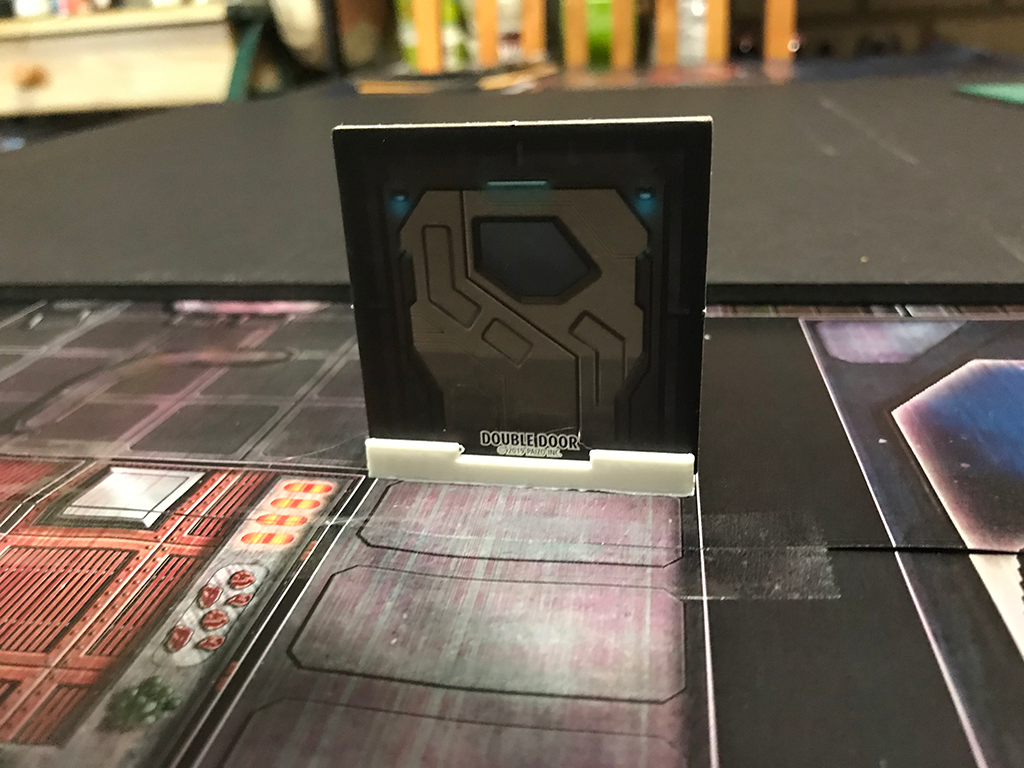 So if you have a bunch of 3D terrain laying around for all of the above use cases, use that, if you already use pawns on your battle mat and are looking for some specific terrain pieces give the Tech Terrain a look.