So this week I want to talk a little bit about a big ship coming out from us real soon now. The Terran Frigate, it’s only a large size ship in game terms but 300ft of ship in 5ft squares is going to cover a lot of people’s dinner tables. 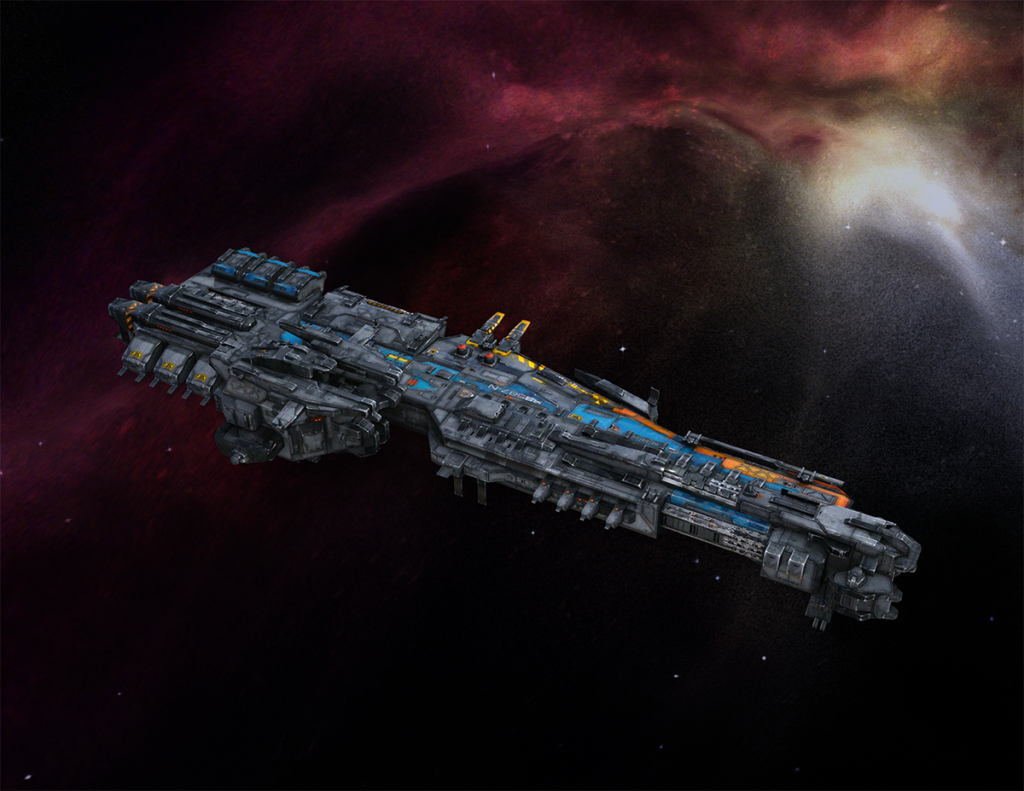 So from the rendering stage we sent different angles over to Matt Francella and he started sending back works in progress. We’ve put some of those on Facebook and Twitter, but I’m only going to show you feature complete deckplans here.

So here is Matt’s take on the Frigate’s command deck, various gunnery stations and storage and things. The starship book for Starfinder will have labels in a separate layer leaving the map clean for VTTs and printing.

So here’s the lower deck with crew quarters, mess hall, galley, engineering, lifts and ladders everywhere as well as bathrooms with showers.

We’re hoping everyone will like it, the map of each deck is going to be 2 feet wide and six feet long. We’re expecting to print each deck as 2 24×36 inch poster maps. Cutting it into two will make it easier to print, ship, and put down on your tabletop with only as much as you need when you need it.

So while all the 3D renderings are done and starship stats have been completed for Starfinder, the ship book could go out any day. We’re looking to do a Kickstarter to fund a print run of the deckplan poster maps. Matt has done over a dozen of these so I’ll likely be leaning on him a little when I create the campaign. We should be coming out with an email signup page for people that would like to be kept informed about upcoming projects like this one. In the meantime you can find us on Facebook and Twitter.

So I printed out engineering on my home laser printer and aside from some issues with the toner cartridges and the HP color engine making some of the grays bluer than they ought to be it looks nice. 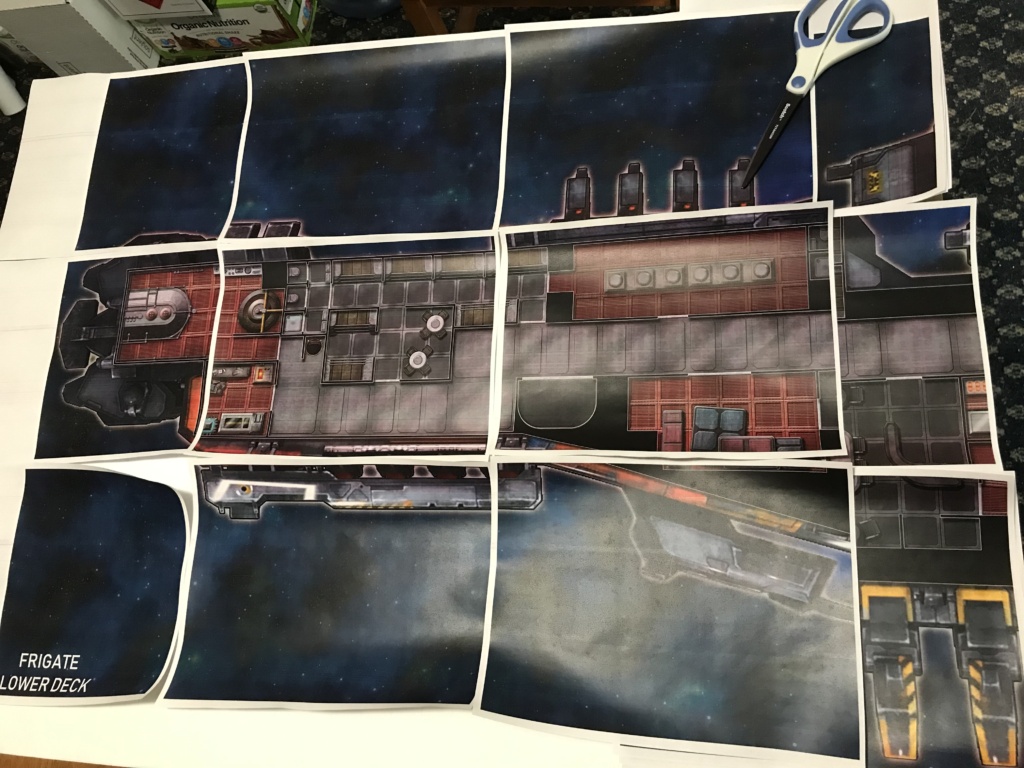 Cutting and taping errors are mine, anything here that looks cool is due to Matt’s efforts. 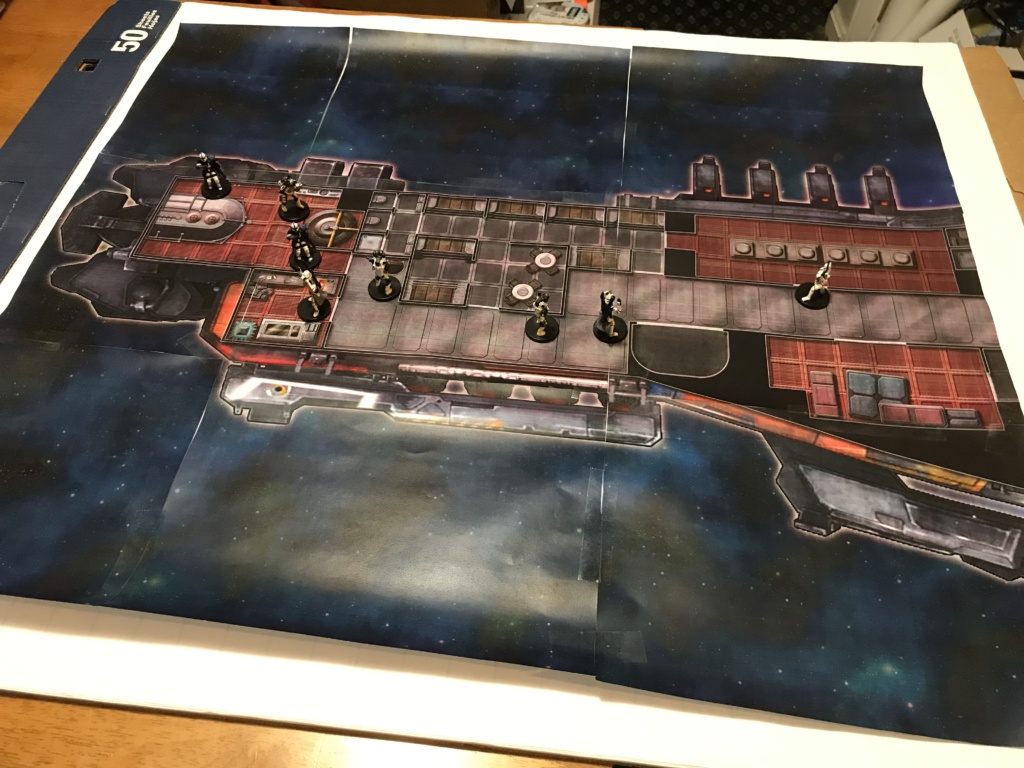 There are still things going on with the map, but I really wanted to see how it laid out and how minis looked hiding in doorways along the main corridor. People are going to be tossing grenades and long range weaponry up and down that hallway and I can only imagine what it will look like on a VTT with dynamic lighting.