The first in a five part series on Worldbuilding the Katar race. 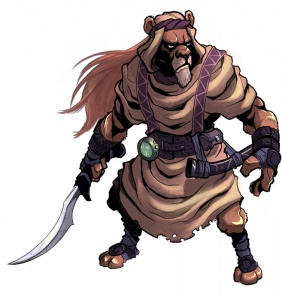 So when I began working on the Galaxy Pirates setting I came across a tool for worldbuilding called Ideas that change everything and I applied it to the Katar race as well as the Attenar, Eldred, an Amphibian race and a hivemind race of mostly Drones. One of the first things that came out of this is that the Katar are Ancestor worshippers, they buried their dead in caves and stone cairns. Though extremely pragmatic they typically don’t approve of cannibalism.

From the science of cats and big cats in particular we learn that Katar have low light vision and a strong sense of smell. They are somewhat sensitive to pheremones in the air as in aware of but not necessarily swayed by.  They aren’t particularly fond of sugar the way other species are. They are obligate carnivores and are fond of proteins and amino acids. Their beer is more like fish sauce, soy sauce or Worcestershire sauce than human alcohols.