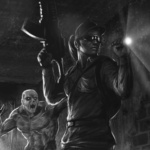 Now that we’ve been through the Soldiers and Monsters, lets do the scenes, I wanted to show some of the characters fighting or at least looking for the monsters.

So first we wanted our Close Quarters Combat specialist facing one of our fast zombies, and since we liked it but didn’t find a place to use it, I wanted the CQB guy using the Knife and Pistol stance. Enmanuel came back with this. 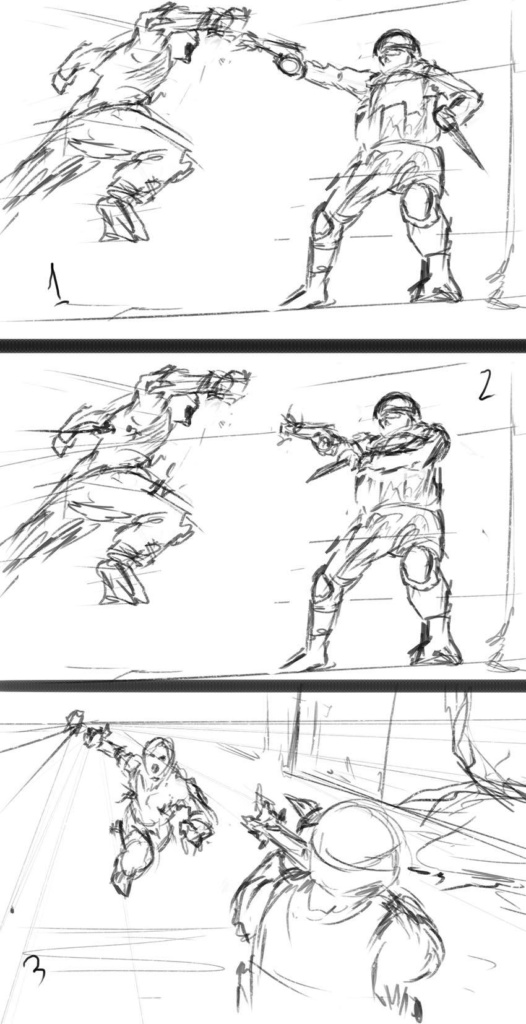 From top to bottom Sketch 1 I really didn’t like the open stance and despite them being nearly identical I liked Sketch 2’s Zombie more. Sketch 3 probably had the most action and I thought maybe lets cut out the soldier so only the knife and pistol show, give the zombie some more room to shine. 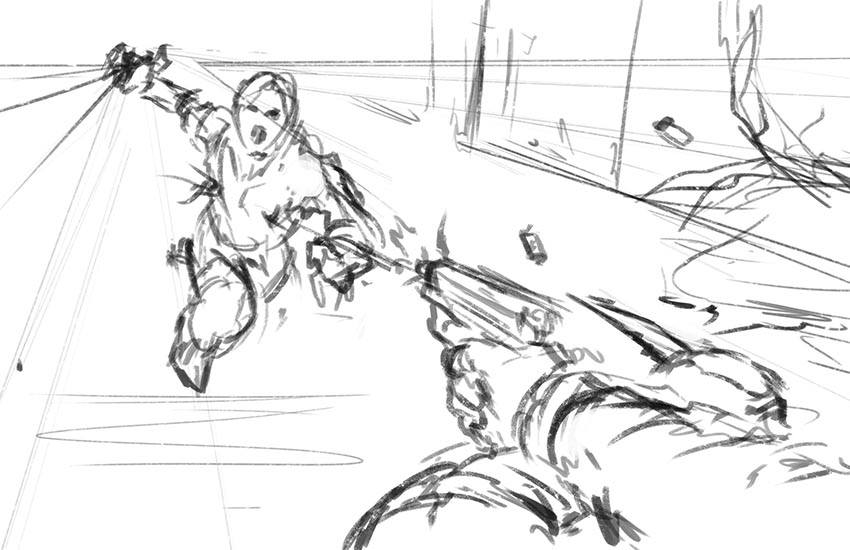 The new version of Sketch 3 is what I wanted, I approved it and Enmanuel went back to finish the details. 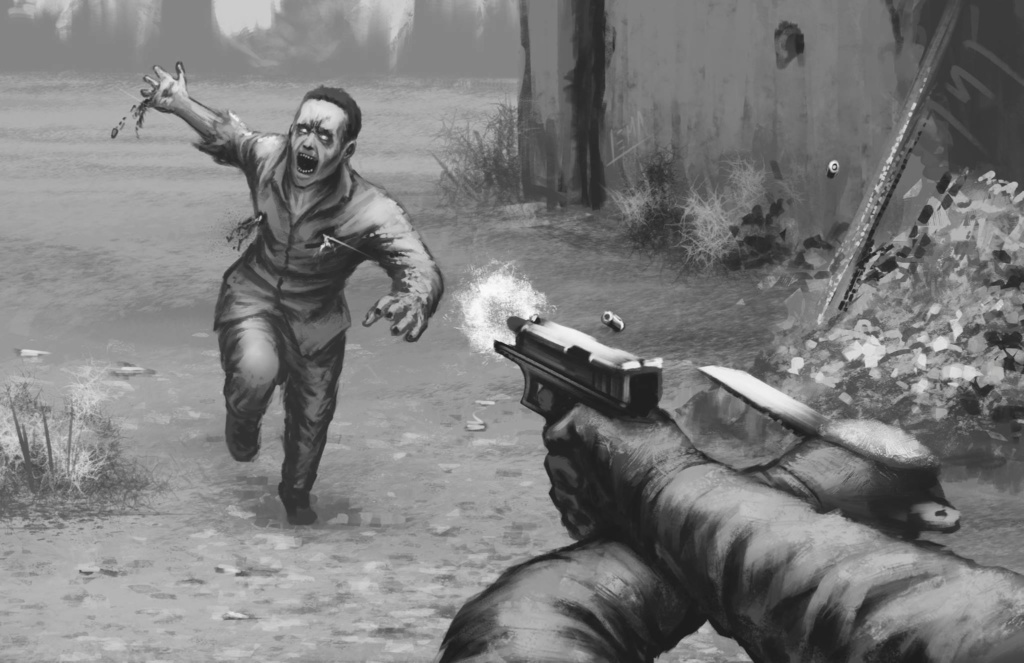 The new version of Sketch 3, I kind of hated to mention it but it was going to bug me, the pommel of the knife was weird, and I asked Enmanuel to make it line up with the rest of the blade. He fixed it and this is the final. 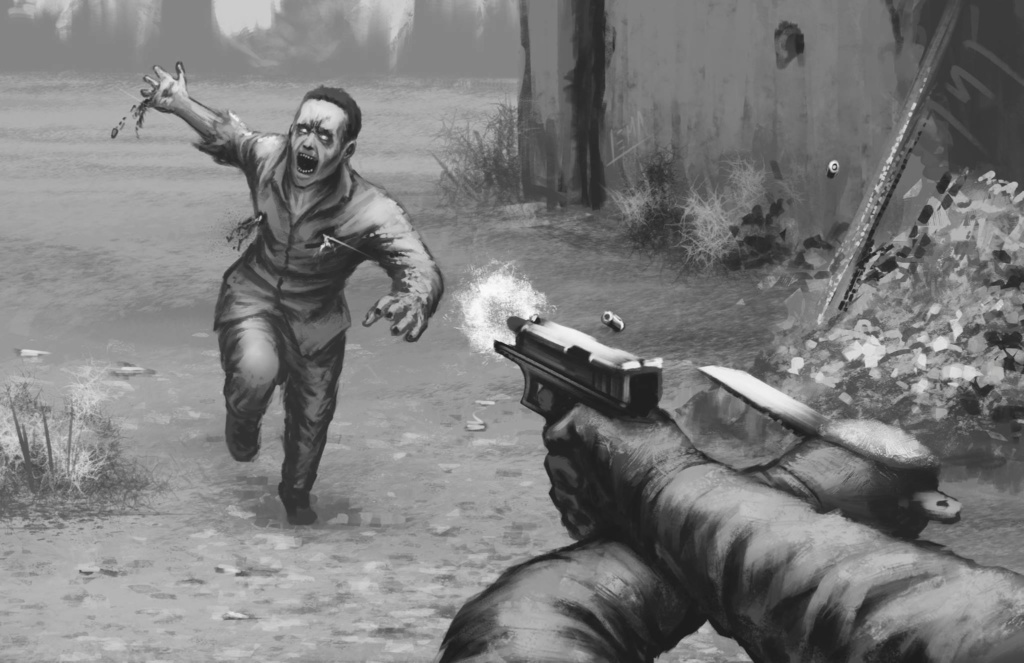 Next I wanted our Riflewoman in a vulnerable “the killer is right behind you” kind of horror pose with one of our Vampires. 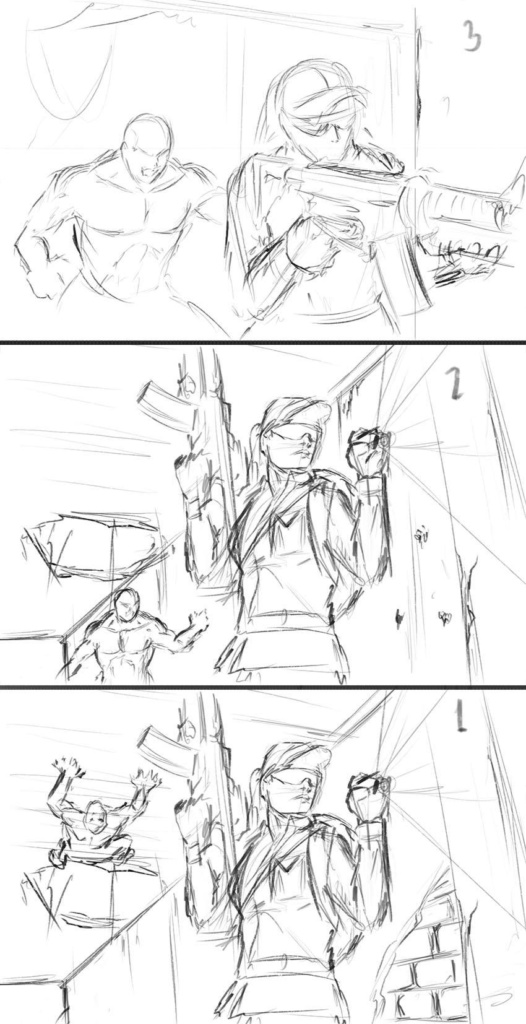 Sketch 1 the Vampire was very close, but I didn’t like the pose with the gun facing down the hall, despite that being typical for clearing a corridor. I wanted Sketch 2’s pose despite the gun in the air by the heroes face being its own cliche of a pose. Sketch 2’s monster was too far away to create the amount of tension I wanted. Sketch 3’s monster had its fans among the design team, but ultimately I wasn’t sure the final creature had wall crawling physics defying powers. Sketch 3’s exposed brick wall was also a favorite. 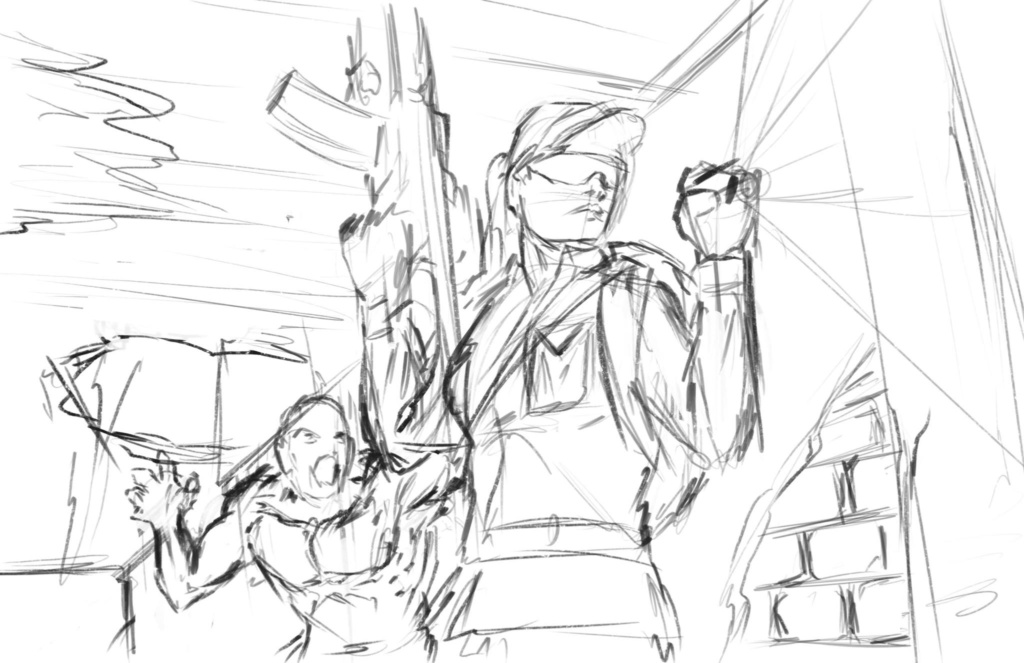 Now the monster creates more tension, riflewoman is half turned to the monster so she’s not totally unaware, but still vulnerable. She’s got her flashlight out and she is looking down the corridor. I approve the sketch and we move onto more detail. 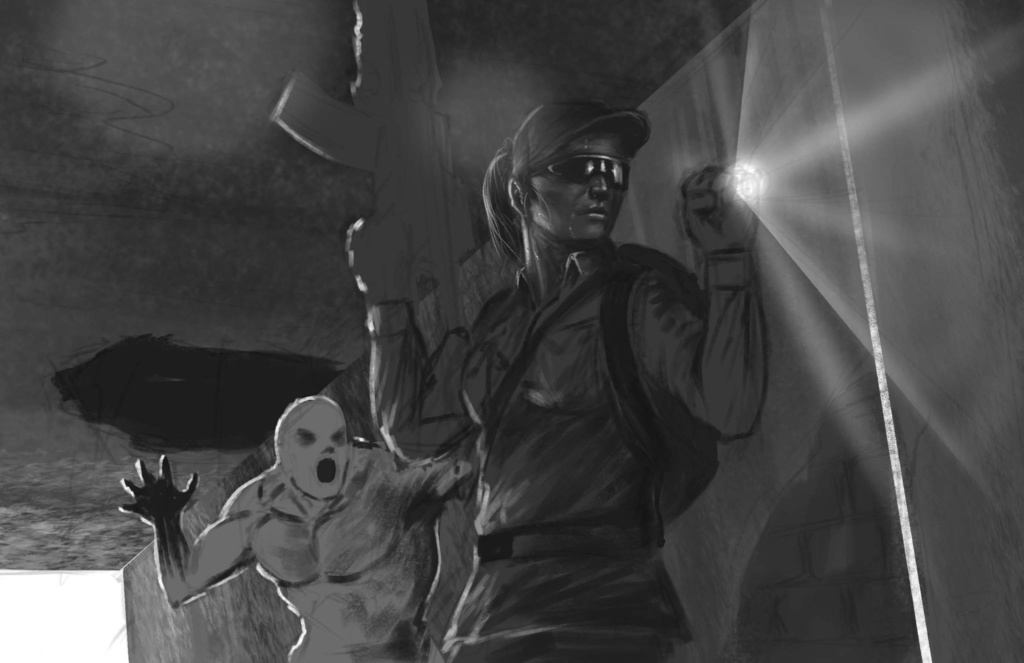 The darkened hallway really sells it, things are still getting basic color and detail. 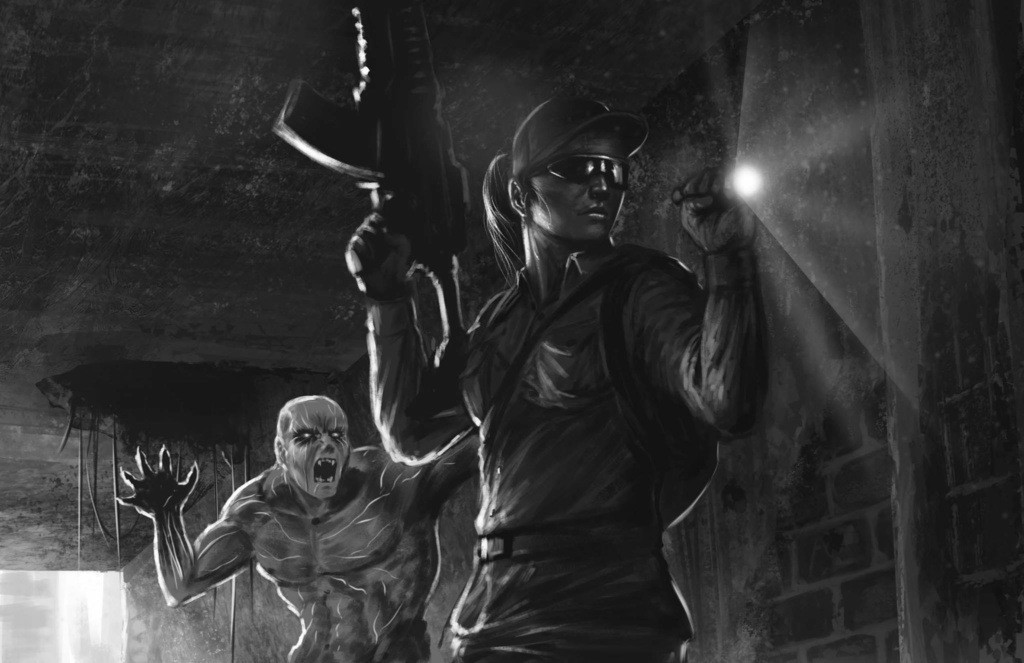 Final, our heroine and monster are both doing their thing and the hallway is about as creepy as I could have hoped for.