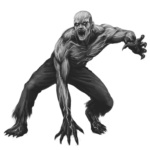 Originally we started with some Monsters, so lets talk about Monsters. Same as the last article, posing as part of the image composition is just as important as getting the rest of the details right. If you don’t send pose references to you artist expect to have to add that direction later on.

So our first Monster was supposed to be a stylized Ghost, I sent some references and Enmanuel came back with this. 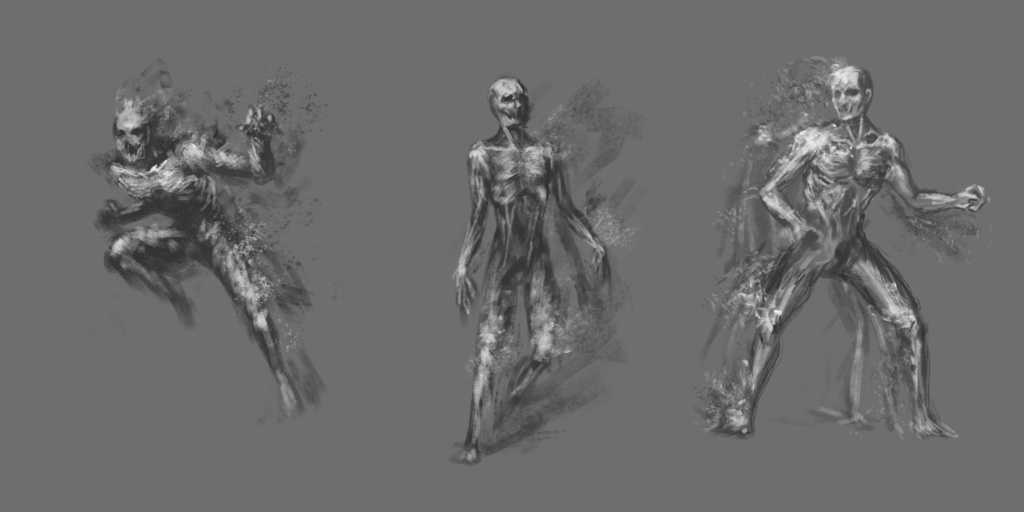 From left to right Sketch 1 was the most dynamic, Sketch 2 looked like someone startled him but not much else was going on. Sketch 3 looked almost too human and wasn’t what I wanted for this piece, but it did have the echo-y effect I wanted. I asked Enmanuel to give me a Sketch 1 with the Sketch 3 echo effect. 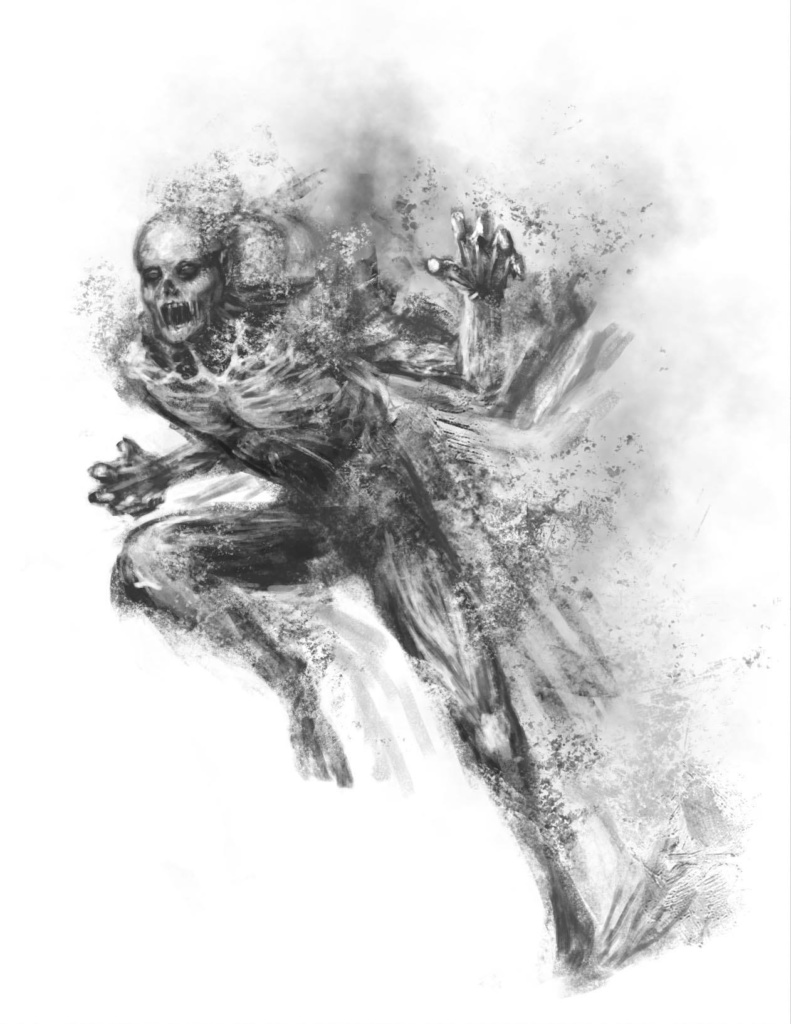 The Wraith was the first of the monsters, next we went with something we’ll call the Beast, although we both had a decent Idea of what we wanted, I didn’t send any references or poses for the Beast. 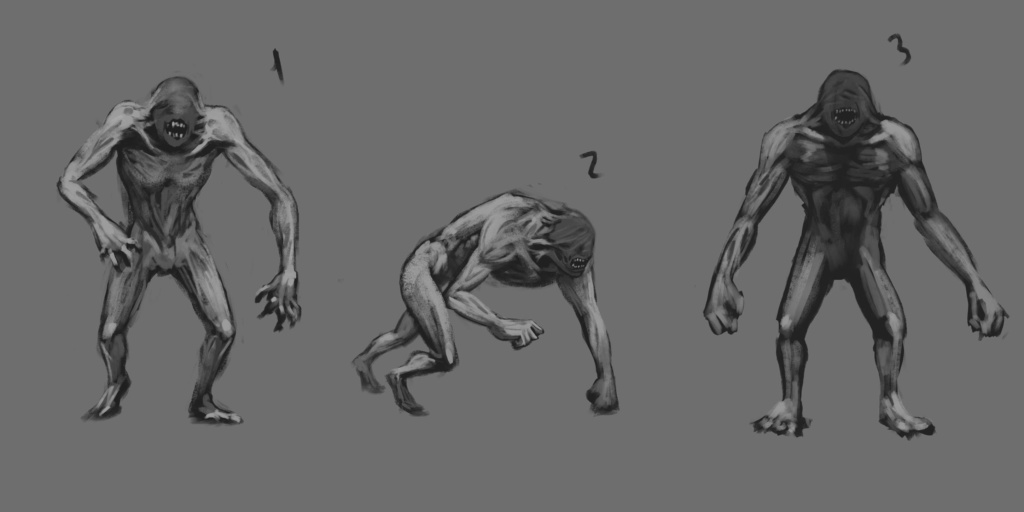 Sketch 1 and 3 are just kind of hanging out, Sketch 2 Enmanuel was going for kind of a Planet of the Apes kind of thing, but the back legs just weirded me out. I found some poses and asked for another round of sketches with adjustments to 1 and 3. Also the no neck thing had to go. 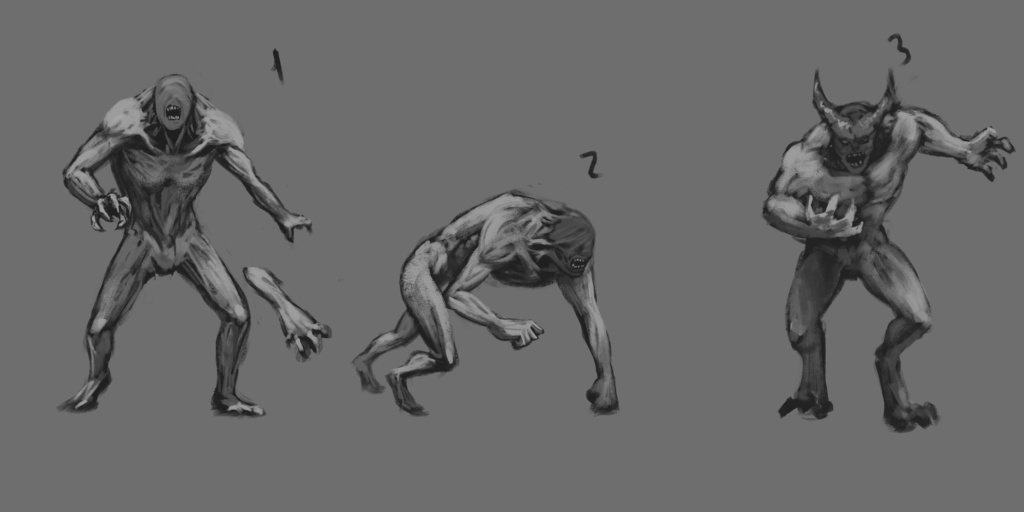 Looking over this, arm and hand poses are much better, having actual necks is better, but I’m not liking the Horns on Sketch 3. I ask to get rid of the horns and eyes on Sketch 3. We always imagined the Beast as a blind hunter. 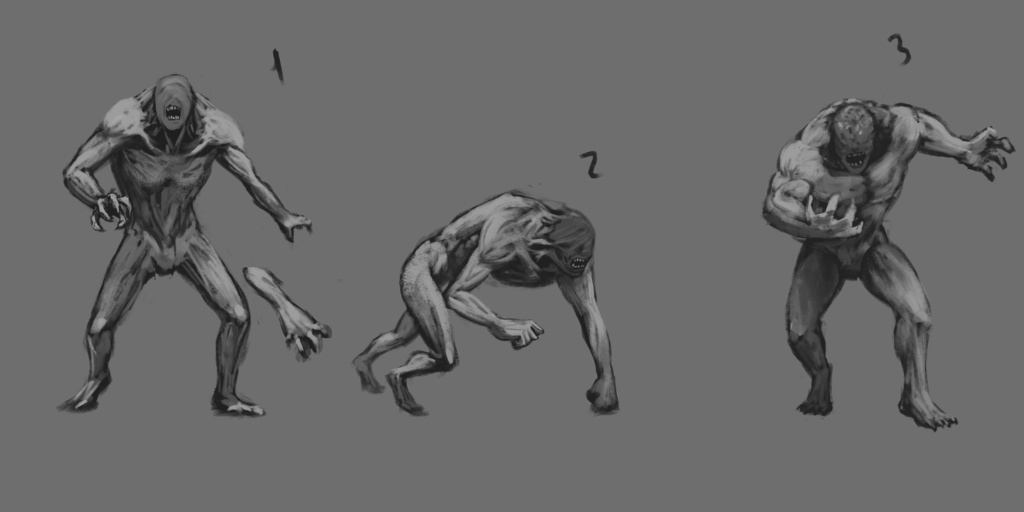 After a long process of kind of favoring Sketch 1, Sketch 3 turns out being my favorite and Sketch 3 is what we use for the final. It is important to play around and try new things when you aren’t seeing what you want and maybe just maybe send the artist a couple of poses before he or she starts sketching. 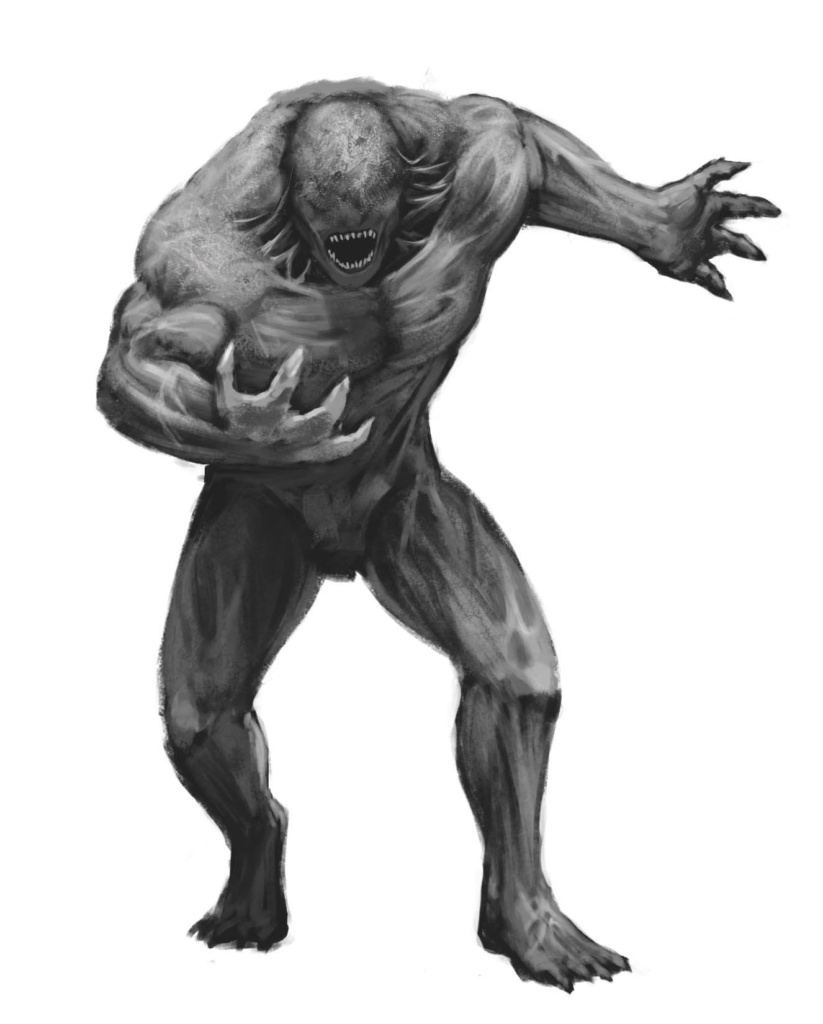 Final Beast art and onto the Zombie art. 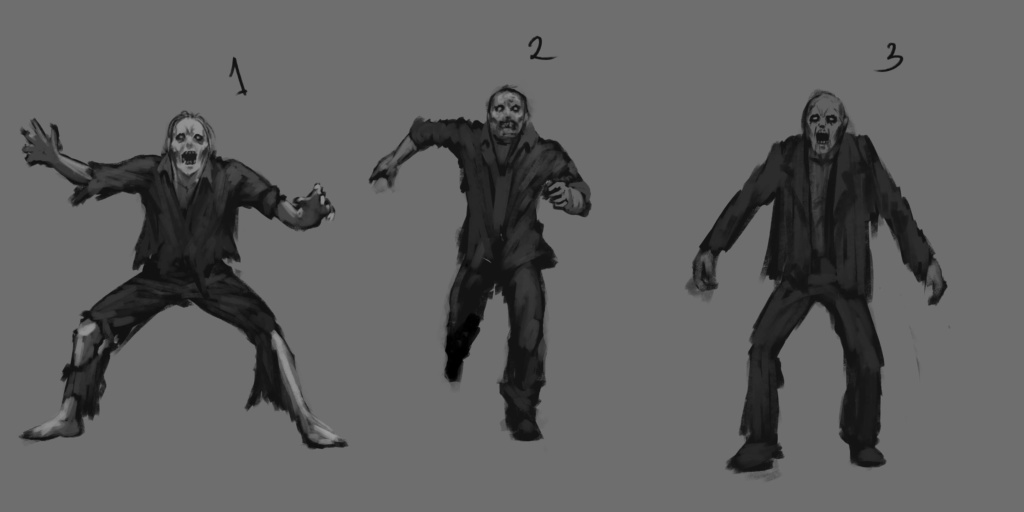 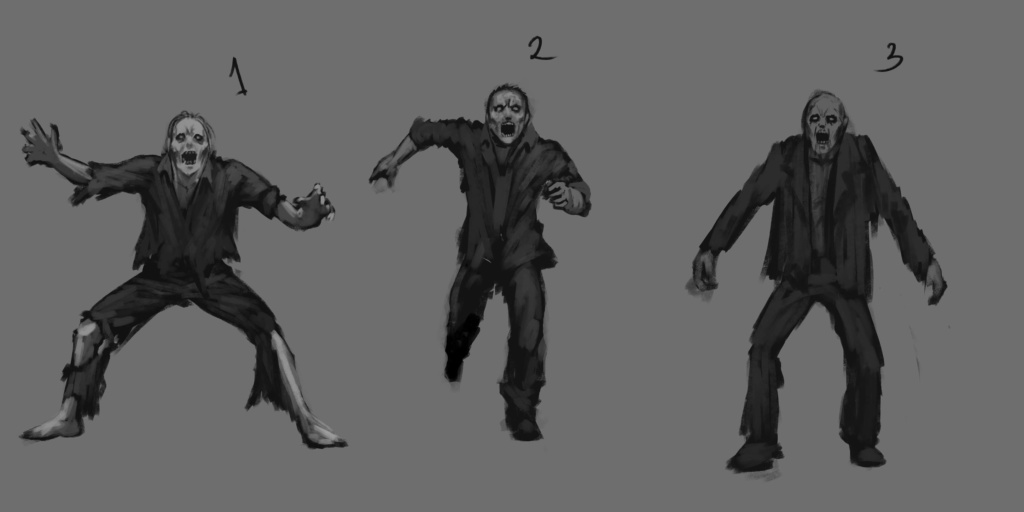 Sketch 02 is the one we go with and I think you’ll see the final has a lot more detail. 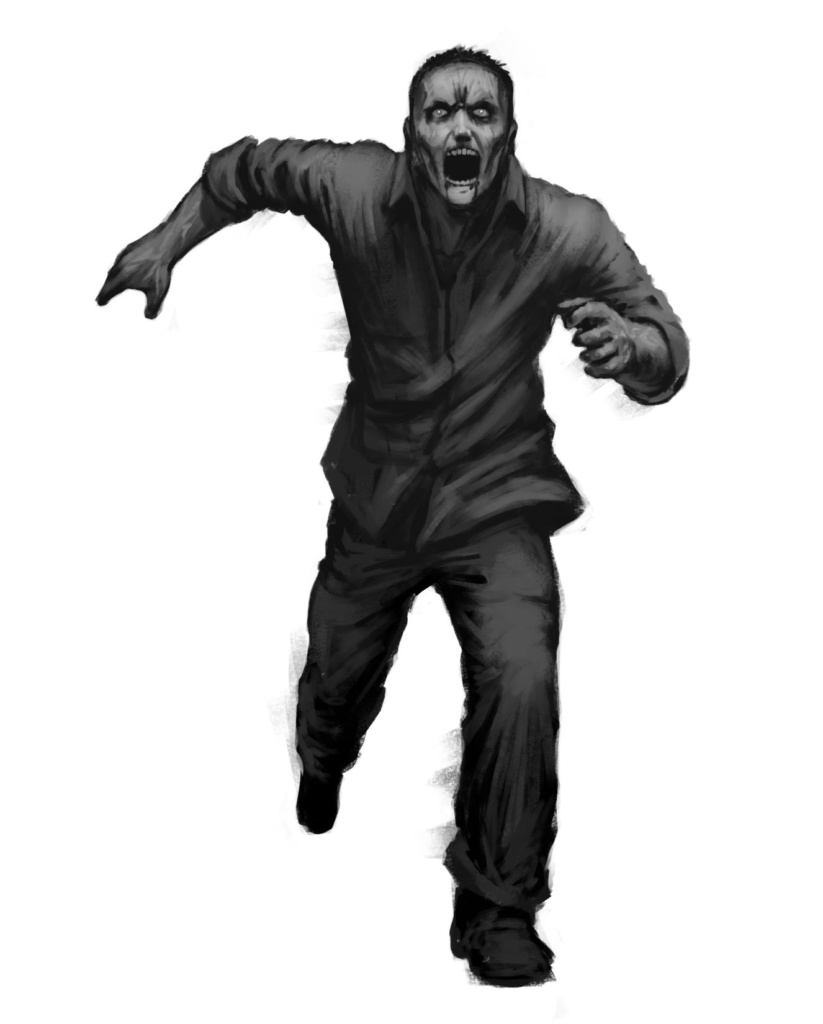 After these Zombie, I wanted a Vampire type of character, I sent some references and got some great sketches back. 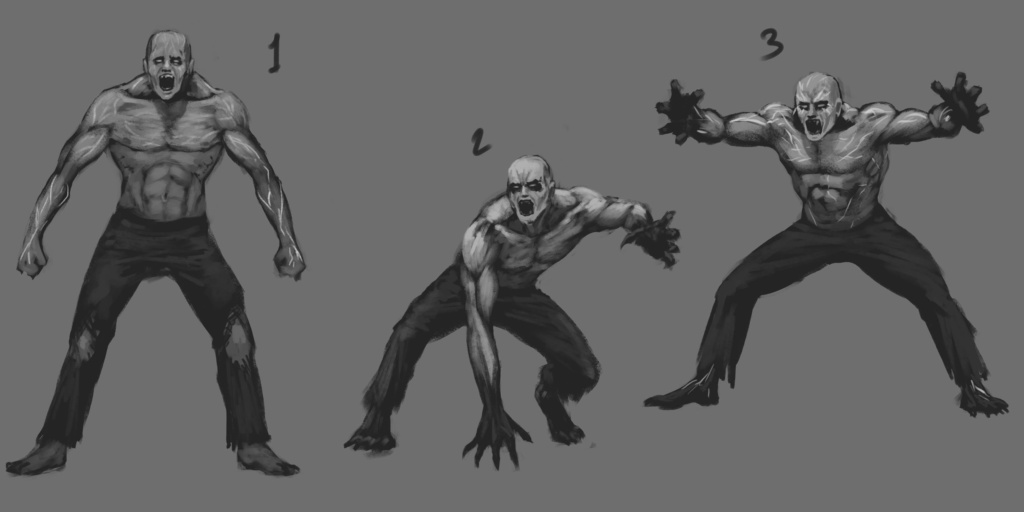 Sketch 1 seems to be the one just standing around this time, Sketch 2 is pretty good, Sketch 3 looks like he’s waiting to catch something or start wrestling someone. I really want to see Sketch 2 with lots of the bright streaks on his skin. 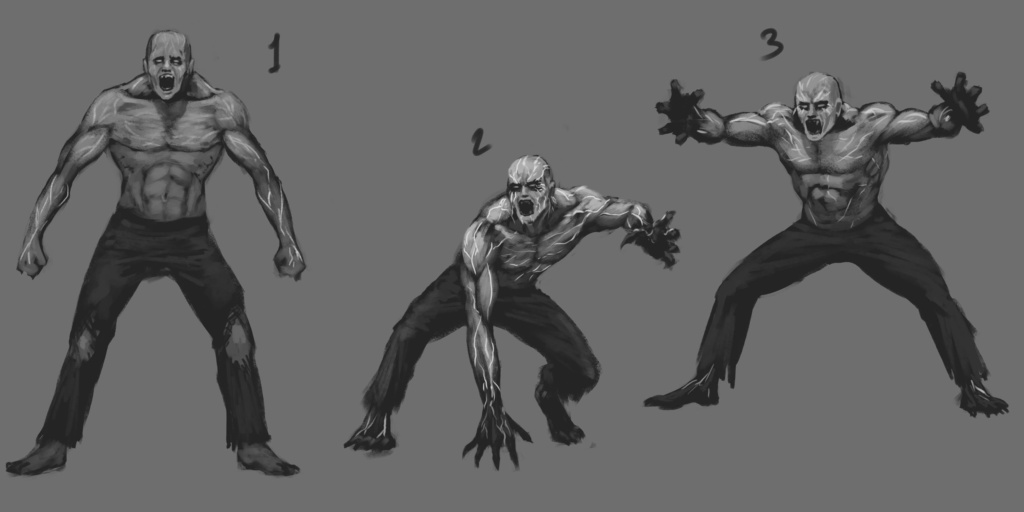 Sketch 2 with streaks it is. 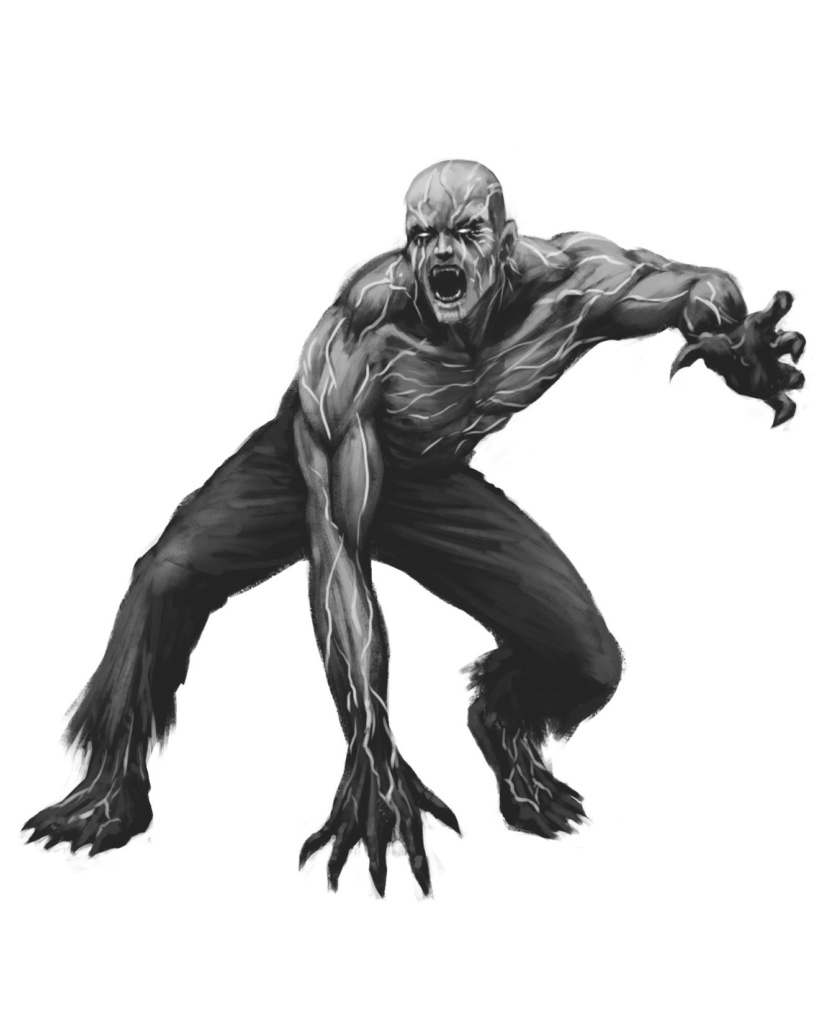 All of the images were done in grayscale, none of these are done in color or rely on color, a lot of the equipment stuff is going to be in Black and White, likewise Guns don’t always need color to show all of their details. The Black and White motif will also accommodate some of the horror aspect of the monsters.